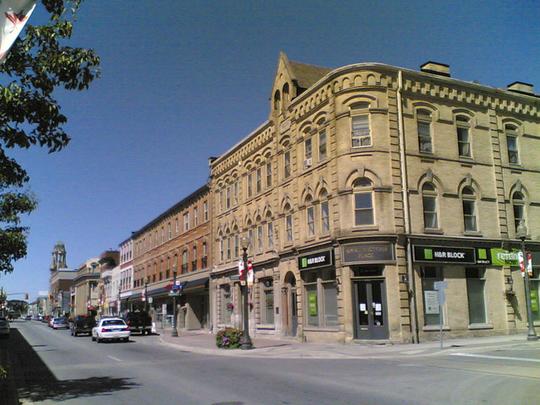 I’m typing this at the Brantford Public Library, on a lunch break from the Brantford Book Camp. This camp is for adults and children (mostly children) to help develop creative minds. It’s been an exciting experience thus far. The adults were all sequestered away at two tables, but we were in the same room as a bunch of pre-teen and early-teen kids, and we all had the same workshop assignment. It was a lot of fun hearing everybody present their work, and not much difference between kid and adult given that the pieces were all written on the spot in under ten minutes.

As I wrote in this article for Business Edge, Brantford is a working class community of about 100,000 located between Hamilton and London. It’s recovering from a long depression that started in the 1980s when several major industrial employers, including Massey Ferguson, closed up shop and left thousands unemployed. Indeed, I’m told that, in the early 1990s, Brantford was one of the worst areas of unemployment in the country, and when you’re comparing yourself to Newfoundland in the aftermath of the closure of the cod fishery, you know you’re in trouble.

During a visit to the city in the mid 1990s, portions of Brantford’s downtown looked like they’d been bombed out. Now, however, after Brantford’s big break of landing the satellite campus of Wilfrid Laurier University, those portions of the downtown are coming back in the form of new student housing, and businesses revitalized by the foot traffic. Brantford still has a long way to go, but it has the potential to overtake Kitchener’s downtown, frankly, in terms of vibrancy.

Brantford’s suffering started in the 1960s when it made a number of the same mistakes Kitchener has made, and it still has to struggle to recover from these. The heart of Brantford’s downtown bears a monstrous carbunkle in the form of Market Place, a sixties era downtown mall that used to house the city’s Eaton’s store. Not only did Eaton’s leave town in the early 1990s (thus nearly dealing Brantford’s downtown its death blow), but the mall is a faceless slab of brick. Even now in its capacity as a building housing community services, it sucks the life out of the sidewalks bounding it and even seems to present something of a Berlin Wall between the northern and southern ends of the downtown. This situation will not change unless the building is knocked down, or stores punched into the faceless walls looking out onto the streets.

However, Brantford is still blessed with an incredible selection of late 19th century commercial stock, dating from the time that Brantford came into its own as a railway town. These gorgeous buildings have provided the seeds of Brantford’s renewal, as Wilfred Laurier and other institutions have slurped these up (at very reasonable prices) and restored them to their former glory. Brantford’s downtown is also bigger than Kitchener’s (despite Kitchener being twice Brantford’s size), since Kitchener has the disadvantage of being just one downtown out of five in its region.

Right now, walking through downtown Brantford is a frustrating experience, since the area still has some way to go before it becomes a people place again. Crime has been cleaned up and the streets look much neater. There’s even construction going on, at last, but it is hard to find a place to eat and the Brantford Book Camp organizers have even offered to pair out-of-towners with local people who know decent places to eat. But given how much improvement has happened in the past few years, the situation is likely to be completely different again in the next few years. Brantford has such good bones, it’s poised for a miraculous rebirth. 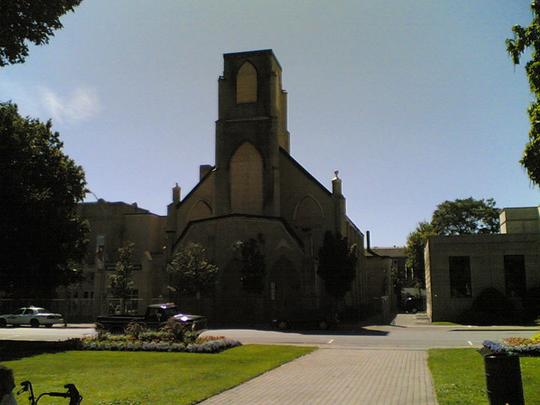 Brantford and the Arts

Organizers of the Brantford Book Camp expressed some concern that Brantford is not doing enough to promote arts and culture in the city. As I am not local, I cannot completely verify this, but it seems from my perspective that Kitchener and Waterloo have done more to promote their local arts community than Brantford. Kitchener is not known as being an artistic community, but they are working on changing this stereotype. Brantford’s stereotype is even more entrenched.

Events such as the Brantford Book Camp can help foster a sense of community spirit which is one element that cannot be ignored if a town is to be successful.