Speaking Publicly to Your Diary 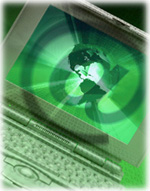 A post on Teledyn a few days back has kept me thinking. In it, Mr. G talks about Blogs and the Law. Basically, too many people view their Blogs as something isolated and private, and are surprised when their ill-chosen words are discovered and used against them. If somebody crosses the line, who pays the damages?

I have said before that there's nothing magical about blogging. Brilliant though Moveable Type and other blogging tools are, all they do is make publishing a website faster and easier, to such an extent that it's possible to run online diaries.

Diaries are (usually) private objects. We write diaries usually for our own pleasure; we generally don't expect (and sometimes fervently hope) that perfect strangers (or, worse, nemeses) get ahold of them. Moreover, the act of web publishing feels like a private act; I'm sitting here in front of my computer and typing at a single object that's typing those words back at me. I have no sense of the readers who visit my site. And I think that lulls some users into a false sense of security. They may get an exhibitionistic thrill about putting their lives on the line, but these people think in the back of their mind that they can say anything and it won't come back to haunt them.

I always say, never say anything on the Internet that you won't be comfortable saying in a normal conversational volume in a restaurant. I know a lot of my friends visit my site, and I know that co-workers and acquaintances have found me online. Thus there's always a chance that some people (employers, friends, other contacts) might discover my site and read something they might not like to hear, if I'm not careful about what I say.

Some might say that I am censoring myself, but I don't see it that way. I am a rather private person, and my blog is a very public place. It is not appropriate for me to comment on the personal lives of my friends or confidential information found at work, or anything that could be misinterpreted or used to embarrasing effect against me. And I can't help but shake my head when I hear about bloggers getting into hot water for doing stupid things like bashing their employers. I mean, what were these people thinking?

As I said, they were probably lulled into a false sense of security by the faux-private nature of blogs and blogging. And that false sense of security isn't limited to blogs. The potential to put embarrasing things on public record has existed since the early days of the Internet, from personal web pages, to usenet flamewars, to forums, and any other places where it feels as private as your own bedroom, but is really as public as your average streetcorner. The only difference is that Blogs make the process easier and faster.

Blogs are not separate from the Internet; they are a part of the Internet, and thus are "controlled" by the same laws, etiquette and common sense that governs the Internet. This doesn't limit the presence of trolls and idiots, and the ability of blogging tools to get people to publish faster will probably increase the pace of embarrassment. But to someone taking someone to task for something said on a blog, it's no different from someone taking someone to task for something said elsewhere on the Net.

Wherever you speak, offline or on, just remember to think carefully what you say before you say it. You know this rule in the real world; it applies to the Internet and to the Blogs within it.