In Search of the Neighbourhood Gems 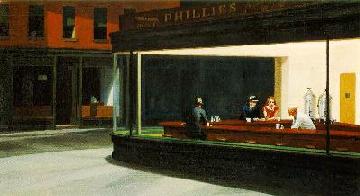 I have decided to give up on chain/gimmick restaurants.

A bit of family history: my parents live in town, and Erin and I enjoy going out to dinner with them every second Thursday. It's something of a family tradition. My parents and I are close; they read my blog (waves to parents), and my parents and I are both pretty set in our ways when it comes to eating out. I don't recall many times when we just up and decided "this place looks good, let's try it!" That's the sort of thing you do when you're a tourist, and have no choice; here at home, we don't take many risks with our restaurant experiences. We find a restaurant we like, and we stick with it. In our early days in Kitchener, we went on quests for the best Chinese restaurant, and the best Indian restaurant, to replace the ones we lost when we left Toronto. We found those restaurants, we kept coming back, and we stopped looking for alternates.

So, in Kitchener, we don't have a large selection of restaurants that we trust. Erin, who is far more willing to take a chance, has been somewhat frustrated. She has also bemoaned the lack of a good Mexican restaurant in the city. Hearing this, my father decided to take a chance. He'd heard that Zeke's, an Australian Outback gimmick roadhouse, was having a week of Mexican specials to celebrate Oktoberfest (I'm still trying to figure out the connection), and decided that we'd visit to slate Erin's appetite for authentic Mexican.

Well, 'A' for effort, though I should have pointed out then that if Zeke's had had a week of Chinese specials to celebrate (oh, I don't know...) Canada Day, he'd be steering well clear of the place. It should come as no surprise that, of the four of us, only my father ended up eating "Mexican".

The food itself was your typical decent roadhouse food (it's hard to ruin a hamburger -- though I hope that nobody takes this statement as a personal challenge to try), the service was decent, and the place was quieter than other family roadhouse restaurants I've been in. However, the bill came to $68, not including tip. Erin does not like eating at Swiss Chalet; she finds the food a little bland and the place a little noisy, but the experience would be about the same as Zeke's and the price for a meal of four would probably come out under $50.

I think we're going to need to take some more chances finding good restaurants in Kitchener. Swiss Chalet represents that "not-quite-fast-food" restaurant that's quick and cheap and which we were quite satisfied with for average eating out when we were back in Toronto, but we appear to have grown out of that. For the restaurant experience that's beyond your average Swiss Chalet, we've been too influenced by flashy gimmicks and bold advertising, and have fallen into restaurants which offer food that isn't substantially better, but is substantially more expensive.

Despite living here for twelve years, we don't know the city well enough to know of all of the neighbourhood gems that don't advertise. The best restaurants in Kitchener, as in any city, are the holes in the wall, from the Cameron Seafood Restaurant (for cheap authentic Chinese as good as anything in Toronto) to the Maharajah (for cheap authentic Indian as good as anything in Toronto) to the Rockway (a family run roadhouse owned and operated since 1947, offering good breakfasts and outstanding fish and chips). We have found some of these, but I don't think we have found them all.

And to do that, we need to do something we haven't done in twelve years: go on quests, and take risks with the food we eat.