It may interest some to know that, while Iran has enthusastically accepted all aid for the beleaguered earthquake victims of Bam, including that of the United States, they specifically refused any and all assistance from Israel. It's an improvement to their reaction to the 1990 earthquake, when all outside offers of assistance were refused, but it's still sad to see politics placed above the needs of people.

However, according to this site, Israeli humanitarian organizations are still planning on sending aid.

The very first Carnival of the Canucks is up and running over on Blogs Canada. Check it out for a representative sample on what's on the minds of the Canadian blogosphere.

Recycling got a boost in Ontario as the McGuinty government passed a controversial Tory regulation extending producer responsibility to the Blue Box program. The Armchair Garbageman, who would seem to be an expert on this issue, has more thoughts on the matter.

Interestingly, I'm getting a number of hits from the Google search "when to take down a Christmas tree". My post here is the number one result.

I'm told that you should have your tree down by the twelfth day of Christmas, otherwise known as Epiphany, January 6 on your calendar.

I'm also, not coincidentally, one of the first posts on the search for Night Girl, though I doubt that these folks are looking for fantasy fiction.

Who Wrote My Story? 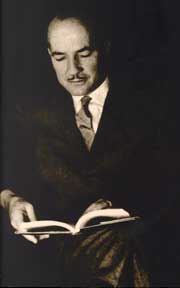 Robert Heinlein wrote you - you stranger in a
strange land, you.

Which Author's Fiction are You?
brought to you by Quizilla