Hat tip to Ghost of a Flea

The minute stands in a long Quaker tradition of speaking out on issues of social justice and human rights. In this instance, the rights of gay and lesbian couples stands along side the right of faith communities to act on their own beliefs without imposing these beliefs on others.

Based on this minute, which represents the corporate position of Quakers in Canada, Canadian Friends Service Committee registers its support for Bill C-38, the Civil Marriage Act.

The Bill respects the diverse needs of faith communities, some of which wish to perform same-sex marriages and some of which wish to be able to refuse such marriages. It is not the role of Parliament to decide which religious position to endorse. To do so would be to choose sides in a religious debate. The religious beliefs of some, even if they are the majority, must not become the law for all.

The Bill also respects the minority rights of gay men and lesbians guaranteed by the Canadian Charter of Rights and Freedoms of the Canadian Constitution, rights which should not be subject to majority rule and require protection by Parliamentarians. We believe the Bill protects religious freedom for all faith communities and protects equality rights for minorities.

The full PDF is here.

Just a reminder that those who claim that same sex marriage is an affront to Christian family values, do not speak for all of Christianity. 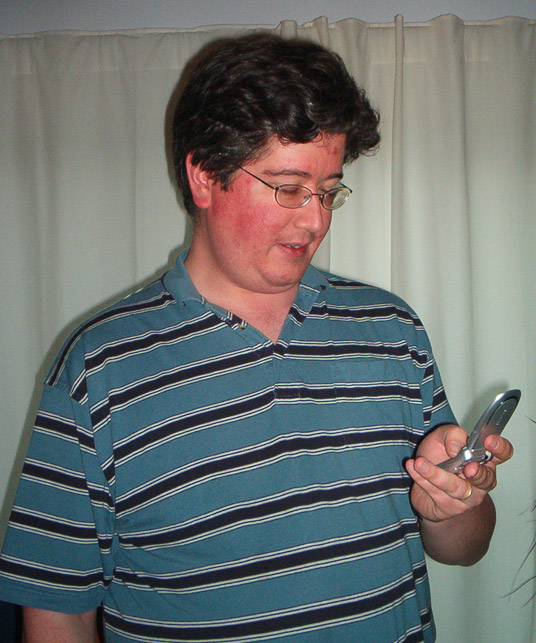 So, I bought myself a cellphone today. I figured I needed it, since I’m working full time, and trying to research articles for my freelance work. My current employers have been very accommodating in allowing me to get my freelance work done, but that’s of little comfort to the people I try to interview, who have different numbers to call me throughout the day. So a cellphone makes sense. While passing a Rogers outlet this morning, I decided to stop in and see how much it would cost to add a cellphone to my current tv and cable package. Not much, it turns out, and so now I’ve joined the 21st century.

Or, rejoined it, actually. This isn’t my first time with a cellphone. It became a part of my job as a database administrator for a software production company that I worked for during the cusp of the tech boom. This company brought me on board after I’d failed to land permanent employment as an urban planner (thank you, Mike Harris!). I actually joined up as a temp worker, assigned to clean out an old customer management database. As this database already had over 100,000 customer records, however, the two-week job grew to one month, and from one month to three. After that point, I suggested that perhaps they should hire me and train me in actual database management. Which, to their credit, they did.

So, with nothing but on-the-job, seat-of-the-pants training, I became the database manager of this software production corporation, the front line person responsible when this system, which handled the sales contact, order entry, and shipping position went down, which it did quite often, it being a legacy system held together with the coding equivalent of duct tape.

It kept me employed for three years, but as the company grew, so to did the workload. And my dreams of having weekends started to go out the window.

In my last year, my new boss decided that I needed a cellphone in order to be reachable during high-tension periods (like quarter end or fiscal year end). Somehow, the high-tension periods extended to throughout every quarter. I carried that cellphone with me wherever I went. It went off while I was on winter walks with my wife. It cut short lovemaking once or twice. Though it was cordless, it became a tether, a constant reminder that my work had higher priority over my life, every day of the week, 24 hours a day.

It was one of the many things that told me that I didn’t have what it took to stick it out in the crazy high tech world. So I got out before I was pushed.

That was six years ago, and since then I’ve resisted getting a cellphone. I haven’t needed one, and if work required one, that would be a signal to me that this was work I didn’t need. But the freelance work is different. Writing articles means more to me than writing Informix code to process orders and generate quarterly sales reports (by territory). This tether is a lifeline that could make my freelance writing work just a little bit easier.

And besides, it’s so cute!