At the end of this month, it will be two years since Hurricane Juan, a category two, barrelled through Nova Scotia and Prince Edward Island, doing millions in damage and killing at least two people.

This seems minor compared to the devastation of Katrina, and it is, but it’s worth remembering that lest you think Canada is immune from hurricanes, we do get hit occasionally. And because “occasionally” is the operative word here, when we do get hit, it affects us more. We’re just not prepared for it. And the damage Juan did to Halifax, to its ships, its seaside properties and many of its venerable trees, will take years to fully recover from.

Still, we were lucky. The storm hit at midnight at low tide. Had it hit at high tide, David Phillips of Environment Canada estimates that the death toll could have been much higher.

Much of this is covered at the Canadian Hurricane Centre, an excellent website with lots of info remembering and describing the science of Hurricane Juan. There is also a fascinating page on Hurricane Hazel, the legendary hurricane that somehow managed to strike Toronto in October 1954, killing over 80 people.

Turns out Hazel was actually two storms. The category four hurricane made landfall over the Carolinas, and then died out as it entered Pennsylvania. However, a low pressure system from the northwest pulled in the remnants of Hazel and intensified. The resulting “extratropical cyclone” dumped almost a foot of rain on the city overnight. The ground, already saturated from a week of heavy rainfall beforehand, refused to take any more water and the city’s rivers crested as much as six to eight meters. Toronto’s rivers, former glacial spillways cut deep below the elevation of the city, showed just how much water they were capable of carrying. Bridges were washed out as well as, in the case of Raymore Drive, a number of houses that had been located on the floodplains.

The legacy of the storm is Toronto’s extensive park system parallelling most of the city’s major rivers. They’re not there just for looks. The provincial government expropriated the land so that nobody would build there, saving us from another Raymore Drive incident in the future.

Kudos to Environment Canada for putting together this informative site.

If I Were a Superhero

I’d been delaying this post until after Katrina had passed, since it didn’t feel right to do it during the disaster. But now that things seem to be coming under control, maybe we can do with a laugh. Anyway, Declan of Crawl Across the Ocean was kind enough to tag me in another Internet meme, to wit:

Hmm… my first thought is that I would be the Transit Scribe. Able to assassinate characters while riding public transit in a single bound. But I recall that Erin has called me by a superhero name now and again.

Not what you’re thinking you dirty-minded people!

So, I am Map Boy! Able to navigate vast distances with a single glance at a map. Able to find my way through the maze of Toronto’s Underground City. Able to direct people where they want to go. Friend to the lost. Enemy to the… the Pathfinder Maps people. American Interstates? No problem. The Gardiner Expressway? No problem. The subways and elevateds of Chicago? No problem. Driving the streets of Montreal?

So, now I tag five more individuals who I’d like to see take up this meme.

Wherein I May Pass For an American

You Passed the US Citizenship Test

Congratulations - you got 10 out of 10 correct!

Could You Pass the US Citizenship Test?

Actually, this isn’t wholly accurate. This is my score after a do-over. I initially got 8 out of 10, having screwed up on the question of the name of the introduction of the constitution and the identity of the first commander and chief of the U.S. military. I think I should get bonus points for knowing that the Bill of Rights was not included in the original constitution (that’s why they’re known as the first through the tenth amendments). 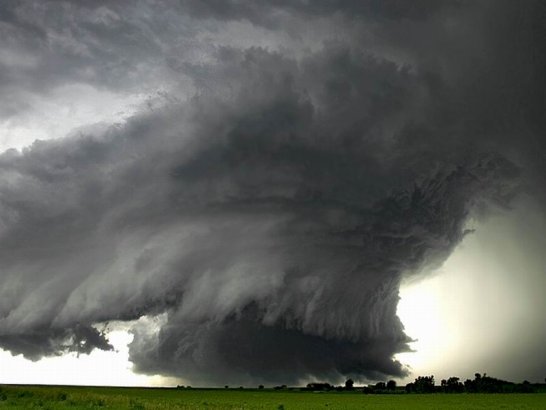 The August 19 storm that blew through southern Ontario and saw a couple of tornadoes touch down near Fergus has been touched with an interesting urban legend aspect. On August 29, the photograph below, purporting to be taken outside the town of Orangeville, appeared on the blog Marmalade.ca (an excellent blog that I highly recommend you read, by the way).

A few weeks ago I went to the Big Foot festival, leaving first thing in the morning. Unbeknown to us, a MASSIVE storm system hit Toronto that afternoon/evening, washing out bridges and roads, and flooding a LOT of people — s basements. Toronto rarely gets weather like this so it was talked about a LOT.

This however, was nothing compared to the s—tstorm that blew through Orangeville, a town about an hour and a half north west of Toronto. My friend Mel at work sent me these last week, but I was too busy to even look at her email until this morning, when I had my socks knocked off by these photos. Im not sure who took them, and some look like they’ve been enhanced with Photoshop, but still — day-um!

In the comments to this post, you’ll see that I went gaga over these images, and strongly suggested that Marmalade contact her friend and ask her to get higher-resolution scans of these pictures. They’d make excellent computer wallpapers.

The good news is, higher resolution scans exist. But when Cameron sent me these scans, I rechecked Marmalade’s site and discovered that they weren’t of Orangeville. In fact, they had a part to play in an earlier Internet urban legend, where they purported to be taken outside of Banbury, Australia.

Some amazing pictures of a tornado have been doing the rounds. According to the info that accompanies them, these are “Photos of storm near Bunbury” (which is in Australia), although the text also notes that “you’d swear these were taken in america’s mid west / tornado belt…” This has started some discussion on alt.folklore.urban, as people try to locate exactly where these photos were taken. The scenery does look a lot like the midwest.

There is no doubt that these are excellent storm pictures. However, I’m mildly ticked that I had the wool pulled over my eyes (no fault of Marmalade’s). So, in a hat tip to another Internet urban legend, I’m going to point to these photographs and let everybody where they are so they can sample them, until we can finally track down the person who originally took these shots, figure out where he took them, and give him the credit he deserves.