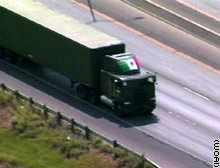 I am too much of a national egotist, I suppose. Though it feels like we’re a small nation constantly interested in being told we matter, when we are told that we matter, it feels darn good. So, a big “you’re welcome” to Louisiana senator Walter Boasso, the Bush Administration, and the good folks in the Gulf Coast who are breaking out the Canadian flags.

We were glad to help; there was no question that we would. We knew we would step in just as the people of Gander did four years ago when America became a giant no-fly zone, because of who we are, and who Americans are. We gave because, at our heart, we are generous and compassionate. We gave without question because we knew that, though our two countries have our differences, we are similar enough that we might as well be family. For many of us, we are family.

If we sometimes appear to rag on America, please remember we don’t do it out of any dislike for Americans. We do so in large part because we can, like siblings who fight like cats, but which pull together when faced with a common threat. We also hold America up to a higher standard because, in large degree, it is the standard against which our democracies are measured.

But don’t forget, whatever the complaints you hear, most of the world is pulling for you, even those who complain the loudest. Consider the reaction of the nations hit by last year’s tsunami. Consider how Mexico streamed across the Rio Grande for the first time since Santa Anna, but this time on a mission of peace. I know, in some of the darker moments of the past four years, some of my American friends have thought that the world was against them. The world isn’t against them. We’re just paying attention, as we do to any leader.

Don’t forget, we aren’t too kind to our leaders sometimes, either.

I’m also pleased that our assistance highlighted what our strengths still are in our military. Three naval ships and a coast guard vessel, plus a search and rescue team that saved hundreds of lives. We need to invest more in our military, get ourselves some decent helicopters and a few icebreakers as well, but our search and rescue teams are still among the world’s best, and our DART team is still useful, even if the Americans didn’t ask for them.

So, apparently, in a new book which interviews Brian Mulroney, the PM that single-handedly destroyed the Progressive Conservative party calls himself our greatest Prime Minister since Sir. John A. MacDonald.

Yeah, that’s about what I thought too.

You know, he probably wasn’t nearly as bad as people thought of him at the time, but one reason he’s not the greatest Prime Minister since MacDonald was his ego. And if the quotes bear out, this would be yet another example.

You remember that superhero meme I posted a while back? Well, one of those I tagged was Dave at Blogography because I knew he would give me a good answer. And I wasn’t disappointed.

Not only did he spend one post on his superhero self, he spent two. More than that, he created a collectable card set of the superheros he’d be. Go read his posts here and here.

Dave, you may also be tickled to know that your Bad Monkey t-shirt got recognized at the Eden Mills Writers Festival. Eden Mills is a rural hamlet about forty-five minutes east of Kitchener and an hour northwest of Toronto. Population: couple of dozen. They’ve a number of writers in residence, and they organize a literary festival that attracts a number of small presses and big authors and hundreds of people to stroll the main drag. It’s great fun. And as I was manning the New Quarterly’s booth, somebody spotted me with my Bad Monkey tee on and said, “oh, that’s from that website!” “blogography?” “Yeah! My friend reads it. She has a tee just like it!”

So, there you have it, Dave: evidence that your readers span the world, even down to rural Ontario.

As I mentioned, I was at the Eden Mills Writers Festival this past Sunday, helping to staff the New Quarterly’s booth. I attended a few readings, and met Marsha Skrypuch face-to-face for the first time. She was the author who got me through the door at Dundurn, which eventually led to Rosemary and Time being accepted for publication. It was a fun meeting. I strolled up to her table where she was signing and asked her to make out her autograph to “James Bow”. It took a couple of seconds, but the light dawned, and she jumped up to give me a hug. We couldn’t talk for long because there was a line behind me, but it was fun.

I also heard Kenneth Oppel read from his new novel Skybreaker and I got my copy autographed. It was a fun (though extremely hot — again) day, despite the dour anniversary.

It’s strange that it would take a hurricane cleanup to push the fourth anniversary of the September 11 terrorist attacks off of the news coverage, but whatever the case, I spent far less time on Sunday thinking about the disaster than I’d had in the two anniversaries previous. I don’t know what that says about me, or about us.

There is a meme going across the blogosphere to recount where we were when we learned of the attacks. This will become, like the death of Kennedy, the touchstone of our generation. We all know where we were on that day.

I’ve already posted where I was; on the second anniversary, in fact. Looking through my post on the 2004 anniversary, I find an interesting irony. Two days later, I was worrying about the possibility of category five Hurricane Ivan striking New Orleans.

Don’t say that these guys weren’t given plenty of warning.