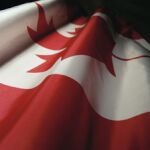 Crossposted with The People’s Republic of Seabrook.

Jack Cluth, the brain behind the People’s Republic of Seabrook surprised me a couple of weeks ago by asking me to join a group of six guest bloggers while he took a two-week trip to Williamsburg, Virginia.

He may have timed his trip well, as Hurricane Rita appears to be taking aim at his home outside of Houston, Texas. Those New Orleans refugees holing up in the Astrodome must be wondering if they’re cursed. Fingers crossed that this won’t be a serious disaster.

This is my first ever guest blogger gig, outside of my irregular posts to Blogs Canada’s political eGroup, so I’m a little at a loss of where to start. I’m Canadian, and though I now have more American relatives (through in-laws) than Canadian ones, my attention runs more towards Canadian politics than that of the United States, simply because Canadian politics affects me more directly than American politics. I am a passionate critic of the Bush Administration and its propensity for cronyist government (horses and hurricanes; yeah, that sure made Michael Brown an excellent fit for FEMA), but one can only say so much about such rank incompetence without sounding like a broken record. Indeed, I wonder if that’s Karl Rove’s strategy.

I confess I don’t know much about Texas. What I do know about the United States is filtered through my in-laws, which are grouped around Nebraska, Iowa and South Dakota, as well as what the American media feeds me. So, basically, what I know about America comes from just through the in-laws. Texas brings up a lot of cliches, cowboys and sagebrush and so-forth. Tornadoes as well, although that’s more Oklahoma’s gig. And a propensity for conservative politics. You’re likely to find me very liberal, which should fit my stereotype, seeing as I’m Canadian.

I once had an American friend from Fort Lauderdale, Florida tell me how lucky I was given that our favourite show was filming in “my back yard”, meaning Vancouver. “Vancouver is not my backyard”, I said. “Well, I don’t know much about the geography of Canada,” he replied. “Well, picture this: Vancouver is to Seattle as my neck of the woods (southwestern Ontario) is to… Buffalo.” “Oh!” he says, the light dawning.

So, perhaps this will be a learning experience for all of us. Certainly it’s a promotional opportunity that I intend to milk shamelessly. I like to write. I’ve been writing unpublished fiction and non-fiction to small audiences for almost twenty years, now. I’ve accumulated a large Internet portfolio, including being co-webmaster and content editor for the website Transit Toronto (Yes, I’m a public transit fan). I’ve recently received some freelancing gigs with a business magazine and my local paper, and I’ve finally had my first young adult fantasy novel accepted by a Canadian publisher. It should see print this coming spring.

I’ve been blogging for three-and-a-half years, mostly to keep my fingers flexible and my mind alert, and I’ve enjoyed myself immensely. My tastes in posts run from the political to reviews of latest television shows (primarily Doctor Who, Battlestar Galactica, West Wing, and House) and young adult novels. There’s even some discussion of religion (I’m an Anglican — Episcopalean to you folks down south). I welcome the opportunity to perform for you folks, and I hope you like what you see.

If not, feel free to tell me. But keep it polite. I’m Canadian.