I Was Thinking of James Howard Kunstler... 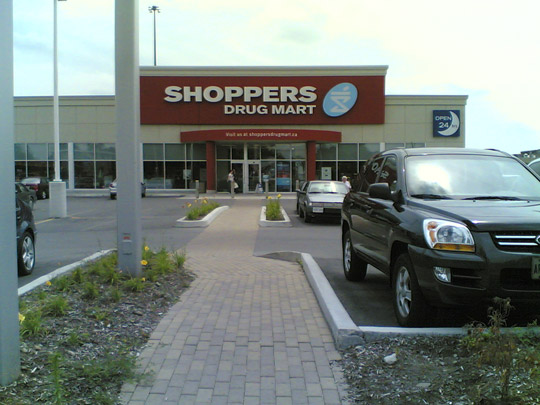 …when I snapped this photograph on my Nokia 6682.

I said, if New Urbanism had an Ayatollah, it would be him. James Howard Kunstler is one of the strongest antagonists against the Modernist planning and architectural movements around. His thesis is, we have built a society so dependent on the automobile that we’ve forgotten how to design with the pedestrian in mind (even though everybody, even automobile drivers, are pedestrians at some point). In the coming oil crisis, when cars become unavailable for the average user, we will be left with urban terrain that will be downright hostile to human living.

I’m not nearly as pessimistic as Kunstler is, but as a planner of the New Urbanist mold, I agree with most of his premises. And whether you agree with him or not, his site is interesting reading. He will challenge you, and his wit will alternately have you in stitches, or gaping at the architectural monstrosities he’s able to uncover. If nothing else, be sure to check out his Eyesore of the Month (March 2006 is a particular favourite of mine — ye-ouch!).

My photograph is of the Shoppers Drug Mart on Weber Street south of Franklin Avenue in south Kitchener. Shoppers has been rebuilding and relocating its stores throughout the Region, closing cramped, old locations and opening up spacious new ones. I appreciate the selection and the comfortable and airy interior design of the new locations, but I couldn’t help but notice that all of the stores utilize cookie-cutter architecture. Worse, they all fall into the classification of big box stores, built around automobile access, and ignoring the needs of the pedestrian.

While the building is not an eyesore per se, I was passing through its parking lot when I noticed an interesting feature of the parking lot’s design. The pedestrian pathway strikes me as, if not an eyesore, a case of “nice try, but you still fail.” I suppose it’s good that they acknowledge pedestrians and try to accommodate their needs, but they’ve done so in a somewhat hamfisted method that only emphasizes how car-centric the new locations are. Let me illustrate: