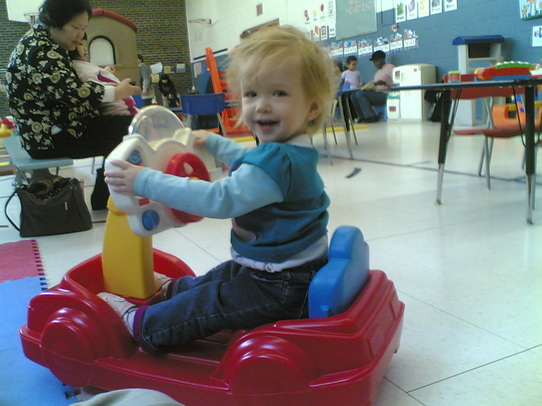 Remember, when we were in grade school, and we used to announce our age as precisely as possible, using fractions? As in, “I’m seven and a half!” or “I’m nine and three-quarters!” At one point, on the eve of my birthday, I announced that I was eight and three-hundred-and-sixty-four, three-hundred-and-sixty-fifths, and that’s probably one reason why I was teased so often.

I suspect the habit is an attempt to claw our way up the age ladder as far as possible, but I also suspect that we don’t completely grow out of it. How else do you explain why we initially measure our babies’ lives in weeks and then months. And, now, with Vivian celebrating her fifteen month birthday, I realize that I can now say that she is one and a quarter.

Maybe parents are partly responsible for kids measuring their ages in fractions.

It has been amazing seeing my daughter develop, and amazing still to consider how much farther she still has to go. We’ve had Vivian’s first steps, her first words, even her first acts of problem solving.

For me, the biggest surprise appears to be that we’re skipping babyfood. Months ago, we purchased a food mill which grinds up grown-up food into a mash suitable for infants and toddlers. This has allowed Vivian to eat what we’re eating, including spaghetti with meat sause, fried rice and more. And Vivian can now chew, what with her eight chompers (and more on the way — sigh), so she enjoys crackers, cookies, cheese, orange slices and apple chunks. She’s not fussy about her foods, yet, and she behaves herself at restaurants. My sense is that we’ve been very lucky.

We’d give a lot if she could sleep through the night. Between colds and teeth coming in, we’ve seen 5 a.m. far too often for our liking this past month, but otherwise it’s been a wonder. I’m looking forward to talking to my daughter, being able to tell her things, like she’s going to be all right even though she’s feeling sick with a cold, or that she is loved. She probably (hopefully) knows, but verbal confirmations are always nice, aren’t they?

More photos can be found here. 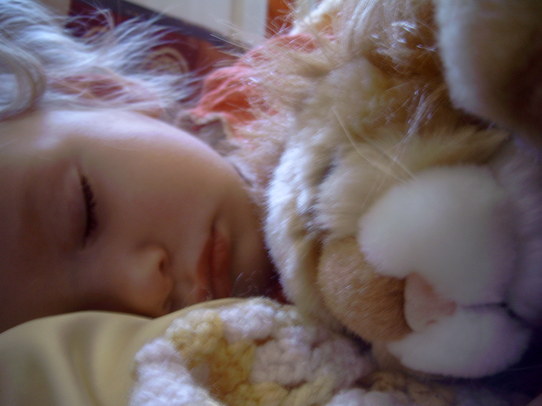