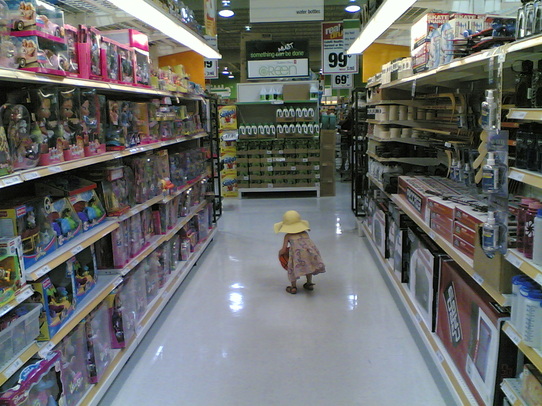 Before I begin, I would like to mention to the people who comment on my site — and indeed, on any Movable Type-managed website with some form of comment moderation on — to keep aware of whether or not your comments get posted in a reasonable time. I’ve encountered a growing number of false positives in my spam filter, both on this blog, and on other blogs I host (chief among these being Greg Staples’ Political Staples.

The way that Movable Type works is that I receive a notification if a comment is posted, or if it is held pending, but comments that are routed directly to the spam folder don’t trigger a notification — and, if they did, I’d be swamped by dozens of spam comments clamouring for my approval, which is little different than receiving spam e-mail.

So, if you have posted something and it hasn’t appeared on the website after twenty-four hours or so, let the website administrator know, by e-mail.

I’ll keep an eye on my spam folder and see if these false positives fade away.

It’s been a busy week, helping my in-laws organize a project (more about that later), running after Vivian, and everything, but I’m pleased to say that I managed to get a number of writing projects out of the way. I finished up an article for an upcoming issue of Business Edge and the editors seemed to like it. I also finished up an article about a local Mexican restaurant I’ve written about before, the Mayan Grill. It’s a great restaurant that deserves exposure, and the story behind it is a fun read as well, so I have high hopes for this one. I’m going to try to expand my portfolio with this story, so wish me luck.

And I’ve written two pieces of, essentially, fan fiction, one relating to Doctor Who and the other relating to Fathom Five (yes, I think it’s possible to write fan fiction for your own universe). I don’t often do short pieces, so I was pleased to have been able to make the time for these two. Short fiction is an excellent way to keep your fingers nimble and our mind alert, but I’ve been spending too much time on my blog to really pursue anything here. Now you know why my blogging has been a little intermittent this month.

The Doctor Who short story (really short) is entitled Comparing Notes, and I have it stored over at my long derelict LiveJournal. This tale was inspired by Captain Jack’s first meeting with the tenth Doctor in Utopia, and the Doctor’s constant disapproval over Jack’s out-of-control sex appeal. The Doctor is one to talk, isn’t he? Read the story to see what happens, and you’re welcome to tell me what you think.

The Fathom Five fan fiction story is a short piece entitled The Great Man-to-Man Talk. I wrote this story after some fellow writers, critiquing Fathom Five, questioned whether it was realistic that Rosemary’s father would so shamelessly tease Peter about being Rosemary’s boyfriend. Would a father so gleefully encourage a young man to become romantically attached to his daughter, they asked?

Well, my answer was that Rosemary’s father was teasing Peter and Rosemary because, while they were close, they weren’t romantically attached. That attitude would likely change once he realized that Peter and Rosemary were serious. But how so? Given that Rosemary’s father liked to play the cliché of the father asking potential suiters ‘what are your intentions toward my daughter’, I thought his reaction would be quite amusing, and this is the result.

In other news, Fathom Five received a glowing review from the Teen Book Review site TeensReadToo. Thanks to Carrie Spellman for giving me a wonderful ego boost!

Over the next week, I have a few writing projects to occupy my time, including revisions to The Young City and The Night Girl (I hope to post a section of the latter shortly) and more freelance stuff. So stay tuned.