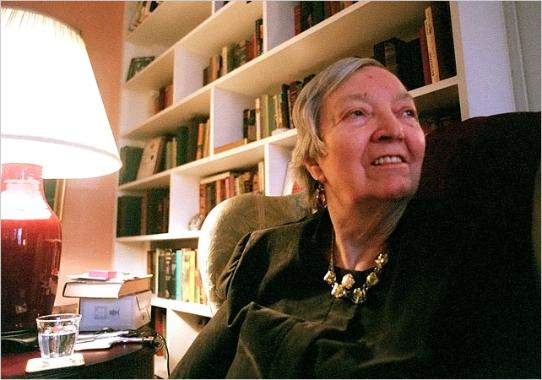 If I had a list of authors who inadvertently inspired me to become a writer, it would be a long list, and Madeleine L’Engle would be near the top.

Years ago, when my mother still read me to sleep, she selected Madeleine L’Engle’s A Wrinkle in Time. It told the tale of Meg Murry, a young girl that was too smart for her classmates and her teachers, and teased and bullied due to her odd family and scientist parents. Stressed and distressed, with her father long missing (said to be on a “secret mission” for the American military), Meg finds comfort in a neighbouring boy, Calvin O’Keefe. But the two hardly get a chance to get to know each other when they’re approached by the strange, otherworldly characters of Mrs. Who, Mrs Which and Mrs. Whatsit. These three benign witches know where Meg Murry’s father is, and she has to dig down and discover wells of courage and love she never knew she had to Tesseract (mind travel) to the dystopian planet Camazotz and face the Monstrous IT. 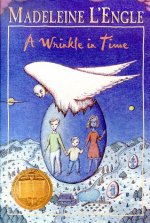 The image that stuck most in my mind, years later, was Camazotz. The Monstrous IT was some combined brain/heart, and his heartbeat infused the corrupted civilization with a sinister rhythm that everybody moved to, even children bouncing balls in the street. One unfortunate child, who couldn’t match the rhythm, was snatched away by the secret police and, the implication in my mind was, tortured. Now, some people might think that’s a bit heavy for a young reader, but returning to the novel years later, I realized that the implication was totally in my head, put there thanks to Madeleine’s imagery, and her refusal to dumb down her story for her readership.

A Wrinkle in Time took about ten years of frustration, going to publishers and receiving rejection notices, before it was finally published. Many dismissed it as “too cerebral”, but in 1962 Farrar, Strauss & Giroux took a chance, and Madeleine’s writing career took off. A Wrinkle in Time became an instant classic (selling six million copies; forty-five years later, 15,000 copies are still sold, annually). It wasn’t long before Madeleine was commissioned to write a sequel.

Madeleine loved her characters. The bulk of her fiction career focused on two families: Meg Murry and her eventual children (with her husband Calvin O’Keefe) and another close, but more normal, family known as the Austins. Occasionally, minor characters would cross between the two. In this way, she was like Terry Pratchett, eager to return to the characters she created, but the world she played with was our own — if a slightly magical rendition thereof. She also had a touch of C.S. Lewis in her, unafraid to infuse her works with her Christian beliefs (though she proved far too moderate and open-minded for some fundamentalists. A Wrinkle in Time is often challenged in schools and libraries for its use of witches, or the mentioning of Buddha and Einstein in the same sentence as Christ). She didn’t flinch from tackling serious issues honestly and tactfully, including a young woman’s first experience with death in A Ring of Endless Light, to gay and lesbian issues and first sexual experience in A House Like a Lotus (featuring Meg Murry’s 16-year-old daughter, Polly). Her story fused the everyday with the magical, defying genre convention. Books aimed at children featured the same characters as books aimed at adults. Her body of work is truly an eclectic mix.

But it is A Wrinkle in Time that she is most remembered for, and that book, I think, influenced me more in becoming a writer than almost any other. The fact that I can remember that book being read to me so long ago counts for something; the number of such books is small, so Madeleine is in a rarefied group, that includes such authors as Patricia Wrightson, C.S. Lewis and, of course, J.R.R. Tolkien. I believe that when I made the critical decision to write for the fun of it, these people were my mentors.

More directly, I when I started work on Rosemary and Time, the book that became The Unwritten Girl, I was rereading A Wrinkle in Time to Erin in our newly formed tradition of reading each other to sleep at night, and I was caught up by the characters, and the chemistry between young, shy Meg Murry and the sweet Calvin O’Keefe. Even though they were only thirteen years old and becoming friends, I could see that this was one of those “destined to be” relationships. So I picked up the sequel, A Wind in the Door, and read about Calvin and Meg at sixteen, obviously falling in love, but in denial about it. I wanted to read more. So I jumped to the next book, which in publication order was A Swiftly Tilting Planet. It featured Meg and Calvin at twenty-four, married and expecting their first child. Madeleine, I said, you missed a step.

Adding insult to injury, the book Many Waters has a cameo appearance by Meg at nineteen, but focuses instead on her brothers, Sandy and Dennys. Calvin doesn’t even get mentioned.

At the time, Madeleine was said to be writing another book featuring Meg Murry. Tentatively entitled The Eye Begins to See, it would have had Meg in her fifties, looking back on her life. Then, unfortunately, Madeleine L’Engle had a stroke, and she essentially retired from writing. She spent her last years in the company of her grandchildren, enjoying the scenery outside her Connecticut home. I realized then that, if I wanted to read a series wherein a young couple meets in their early teens, become friends, and then develop beyond friendship while they engage in fantastic adventures, I’d have to write that series myself. So that’s what I resolved to do, and the Unwritten Books series was born.

Madeleine L’Engle passed away on Thursday, of natural causes. She was 88.