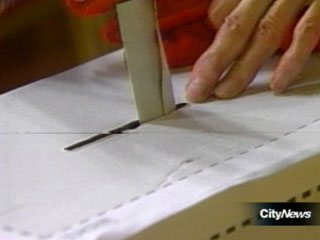 Back in November 2006, after the Liberals lost two hard-fought by-elections in Parkdale-High Park and York South Weston, I made the following prediction:

So, reduced Liberal majority, but a majority nonetheless. My sense is, the average Ontarian voter may be disappointed with Dalton McGuinty’s last four years in power, but not disappointed enough to fire him. This is partly because he hasn’t done anything that merits an outright firing, and it’s also because the candidates available to replace McGuinty can’t fill his shoes. I do not see the opposition parties turning this around without a miracle, or a blatant mistake on the part of the government, and I think the latter is far more likely to happen than the former.

I then followed this up with:

This assessment is equally applicable to Toronto Mayor David Miller, who faced the same verdict of the voters earlier this month. The similarities between Miller and McGuinty continue: in October 2003, the Ontario voters abandoned a bereft hard-right Conservative government for an affable young leader who promised to heal the wounds and hurt feelings that had been inflicted by the previous two governments; in the same way, David Miller was elected one month later to soothe a dysfunctional council and turn Toronto’s services around. Both have struggled hard against hefty deficits left behind by previous administrations. Both have alienated voters by failing to live up to particular promises.

Does that make John Tory this election’s Jane Pitfield? I sort of thought that John did a better job campaigning, and that there was more substance to him, but their ‘home riding’ is in roughly the same area. Hmm…

Not much has occurred to make me change my mind. The resurgence of the provincial NDP in Toronto aside, I figured that while most Ontarians were angry at McGuinty for some of his broken promises, they were calmed by his staid managerial government and the fact that they were better off now than they were four years ago. Most importantly, as good as John Tory had been in leading the Progressive Conservatives, he hadn’t done enough to make Ontarians forget the government of Ernie Eves, or to provide a compelling enough alternative for Ontarians to switch their votes.

So, today, I think I’ll make the same prediction, though I won’t be surprised if the Liberals take 60 seats, the Conservatives 35 and the NDP 12. John Tory made the election a horse race over the summer, but gaffes and a tight Liberal campaign stopped the bleeding and turned things around to the point where I am certain we will get a Liberal majority.

Though the knives may be out for the opposition leaders, especially Tory, I believe it’s more likely that Hampton will retire as NDP leader than Tory will as leader of the Conservatives. Howard has had several kicks at the can and, while he will lead the the party to a small uptick in fortunes, the sense I get from him is that it may be time to hand the reins to someone else. Tory is still fresh, and finds himself in the state that McGuinty was after the 1999 election. I’m still pretty confident that Tory’s time will come in 2011. Of course all bets are off if Tory is unable to take his Toronto-area seat (though I think Tory might still win as a result of the Quadra effect (1)).

Locally, I predict that incumbents Elizabeth Witmer (PC), John Milloy (Lib) and Gerry Martiniuk (PC) will hold their seats. There is not much sense of change in progress provincially, and I don’t see anything happening locally. The interesting riding to watch is Kitchener-Conestoga, a new riding created when redistribution split an old riding at the Waterloo Region border. Conservative Ted Arnott held the area until now, but he’s running in the neighbouring riding of Wellington-Halton Hills. With no incumbent to face, the various parties have put together the youngest slate of candidates in the province. Three candidates, including the Conservative and New Democrat, are 28 years old or younger. Only one is over 50.

The area is pretty conservative, which gives 28-year-old Conservative Michael Harris an edge, in my opinion, and he appears to have run a strong campaign against Liberal opponent Leeanna Pendergast. Countering this, Harris is running against challengers from both the Freedom Party and the Family Coalition Party, which might cut into his base. Despite this, I predict that the Conservatives will win this new riding.

It’s been said in the city of Kitchener that you could run a dead dog for parliament and it would win so long as it had the word “Liberal” stitched on its collar. For this reason alone, I predict Milloy will win, while Conservative Matt Stanson will take second place and New Democrat Rick Moffit will take third. It’s been Moffit who has led the strongest campaign against Milloy, with Stanson signs hardly to be seen throughout the city, but I’ve seen this game before. There are, I believe, a lot of voters out there in this riding who vote Liberal as a matter of course. It’s just part of the political infrastructure and Conservative supporters appear to have accepted this with a shrug of ennui. By the same token, they go out and vote Conservative as a matter of course; just not in sufficient numbers to topple the Liberal frontrunner.

More interesting is the race in Kitchener-Waterloo, where left-leaning Conservative Elizabeth Witmer has faced down spirited challenges by Liberal Sean Strickland in the past. Strickland is sitting this election out, but New Democrat Catherine Fife appears to be making a fight of it. There are rumours that Witmer is vulnerable, and although Liberal Louisa Ervin would seem best place to benefit from an anti-Conservative backlash, the best reason her campaign can come up with to vote Liberal is to say “a vote for the NDP is a vote for the Conservatives.” In the sign wars, Ervin signs place a distant third to Witmer and Fife signs, and Ervin had better hope that the anti-Conservative voters don’t realize that a vote for the Liberals could in this case be a vote for the Conservatives. I expect Witmer to win, but Fife might place a strong second.

As for the Greens, they won’t be a factor (though I’ve decided to vote for them; more on that later). They won 2.8% of the vote in the 2003 election, and have been slowly and capably marching forward, taking some of the rub off their more exuberant federal brethren. The latest polls show them in the 10% range — something that pundits like Greg Staples refuse to believe. They are a convenient place for the disaffected to park their votes, and I doubt that they’ll get 10%, but I do expect we’ll see their best showing yet. Even a showing of 6% would be noteworthy. Parties like the New Democrats and Reform started from that level, and they didn’t just stay there.

Family Coalition will get 1% of the vote.

As always, we shall see.