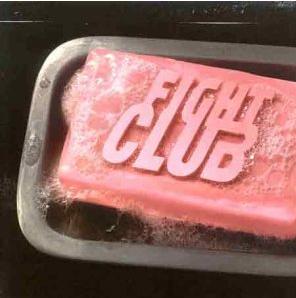 Warren Kinsella calls out the Bourque Newswatch and beats him to a bloody pulp here.

And then I beat Warren Kinsella here

Then Cory Doctorow came along and kicked both our butts.

Sorry, you spent how much?

Calgary Grit has been following the saga of Craig Chandler, an aggressive right wing candidate who successfully won a riding nomination for the Progressive Conservatives of Alberta, with what can only be termed as glee. As Chandler has proven himself to be too toxic for premier Ed Stelmach’s tastes, this tale hasn’t been far from the media, especially now as Chandler has decided to sue the Alberta Progressive Conservatives to recover the money he spent campaigning for his nomination.

Rejected Tory candidate Craig Chandler says he plans to sue the Alberta Progressive Conservatives for the $127,000 he claims he spent on his campaign to secure the party’s nomination in Calgary-Egmont.

Now, I normally wouldn’t comment on this story. I try not to go in for Schadenfreude. But I have to step in and say: excuse me? You spent how much?!

You spent how much?! Who was your competition? God? How good were they that you had to spend so much in order to bury them?

This is the right thing to do.

No intelligent life in the political blogosphere, cap’n!

Well, that’s not quite true. The blogger formerly known as Closet Liberal, now known as Not Quite Unhinged, says a lot of what I was thinking the other day when reacting to a recent contretemps between the bloggers Unambiguously Ambidextrous and Canadian Cynic.

Yes, it takes two to tangle. Yes, Raphael of UA made a mistake when expressing his disgust over the shoddy treatment of American veterans by the Bush Administration and saying that “there haven’t been many bloggers who have reported on this”. For those on the left side of the fence, who have been raising this issue for years and told that they were on the side of the terrorists, “objectively pro-Saddam” and not supporting the troops, I can understand their exasperation. And Raphael was a little defensive at first (as would anybody, I think, confronted in such fashion). This is how blog fights start.

But the response from Canadian Cynic departs the bounds of not only civility, but plain and simple sensibility. I can not think of statements more unwarranted, or more unproductive to the side he claims to support.

I was going to write a lengthy rant about the discouraging lack of intelligence in the political blogosphere, full stop, but now Closet Liberal has done most of the heavy lifting. I quote:

Fine, he (Raphael) made a mistake, and he ignored the plethora of posts on this topic by liberal bloggers. He was even defensive (understandably) at first. But he stayed calm and rational and defended himself civilly throughout. So how does hounding him and calling him names solve anything?

Q) Will it make him more willing to accommodate views from the “left”?
A) No. If anything, it will make him less likely to read opposing viewpoints to his own.

Q) Will it make him less likely to vote conservative?
A) No. He’s more likely to toe the party line than ever before.

Q) Will it make him hate all liberals and broadly paint us all with the same brush, as what happened to him and his fellow “Blogging Tories?”
A) Undoubtedly.

Q) Did it make the liberal bloggers involved look foolish and childish?
A) Absolutely. Made them look worse then the subject of their attacks.

Way to go guys, you’ve just made another enemy.

Agreed. Look, Cynic, I know there are bloggers on the right who make your posts look tame, and I know you are only hating the haters rather than hating people who’d done nothing to deserve such hate, but in another post you asked why so many of us care so much about the lack of civility on the left while giving those on the right an apparent free pass. Well, here’s an answer for you:

You know better. The other individuals are lost causes and nobody rational is giving them the time of day. But now you’re making it so that people aren’t giving you the time of day either, and that’s bleeding over onto the rest of us.

The blogosphere already has a reputation of being nothing more than a rattling echoing chamber full of hate and vitriol. Those of us who are trying to hold any sort of moral high ground, here, or at least keep our heads, are finding it a lot more difficult to advance our points without wags on the other side pointing to the wankers in our midst and using them to detract from our points without actually addressing our points.

Playing by your opponents rules legitimizes their actions. Their attitude is one of many reasons why you can’t stand many of these bloggers. So why are you emulating them?

Seen this document from late 19th century America? Maybe the more things change, the more they stay the same.