In Which I Sing the Praises of My Webhost 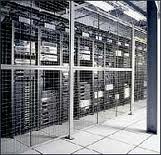 Searching through my archives, I was surprised to learn that it has already been almost eighteen months since I was forced to depart the webhost from hell. If you read this post, you will hear my whole sob story, wherein I learn the hard way not to be fooled by a slick website offering cheap deals, and that you should always do your research before committing yourself to moving your sites.

I have to admit that I am addicted to gadgetry, and I am addicted to new technologies. I am sorely tempted to download the third Beta of Firefox 3, and I am actually eager to download new patches for NeoOffice or my Leopard laptop itself. This isn’t a rational reaction. But when it comes to webhosts, I’m done. I’m not moving from where I am, unless my current webhost suddenly gives me great negative incentive to. I’m not going to go through the stress of transferring over my databases and files all over again, if I can help it.

But ironically, a month after I wrote this post, I did end up switching webhosts again. At first I returned to 1and1 Webhosting, which I was familiar with. Unfortunately, upon my return I found that their service had deteriorated. In addition to their occasionally troublesome technical support, I encountered services outages, likely the result of the company expanding too fast. And since I have clients to consider, I moved again, but this time I did my research.

A number of Movable Type users had posted on their forums, noting that they’d had good experience with a small company called Hostgator. This Texas based company (with an office in Toronto) had good rates and a good list of services, and the Movable Type users had reported seeing none of the problems that had afflicted GoDaddy or 1and1. 500 Internal Service Errors when posting large files or rebuilding blogs? Nope. Quick response time? Yup. So I took the leap.

The company proved its worth to me very quickly, when the problem that had knocked my GoDaddy sites offline (comment spambots attacking the internal search engines of our blogs) occurred again with Hostgator. However, instead of the sites being knocked offline, presenting visitors with 403 Forbidden errors wherever they looked, Hostgator’s response only shut down the .cgi files controlling Movable Type. We couldn’t post and we couldn’t comment, which was bad, but not nearly as bad as suddenly going offline.

And here’s where the story gets good. The problem occurred late Sunday evening. I phoned the tech support line and got a human being. When I explained to him the problem, he told me that it appeared as though one of the .cgi files was going haywire, sucking up server resources. He told me to e-mail the Abuse department, and warned that it could take up to 24 hours to address. I shot off the e-mail, which also found a human being late on a Sunday night.

Now, where GoDaddy could only identify that there was “a problem” and shut everything down, the folks at Hostgator were able to identify which file was causing the problem. On the promise of shutting down the file and erasing it, the Hostgator people were able to restore access to my websites within twenty minutes. By now it was 11 p.m. on a Sunday evening. Not only were the service personnel polite, they solved my problem quickly, and had me back up and running within the hour at an hour most people would expect to be in bed.

And that has been the only problem I have encountered with Hostgator. Since then, the webhost has provided the best sort of service — a service where I hardly know the guys are even there. The websites just seem to run, and downtime (fingers crossed) has been virtually non-existent. And that’s the best complement you can pay to any webhost. Their control panel is also easy to use, unlike GoDaddy’s, which was an assault on the eyes.

I know that there are several new blogs rising in the Canadian blogosphere, many with .blogspot in their URLs. When the time comes (and it will) to graduate from Blogger and move to one’s own domain with a blog program on the server (like Movable Type or Wordpress), Hostgator would be a good home. That’s been my experience for over a year.

I should note that I still use 1and1 Webhosting as my domain name manager, for all of my domains, except my .ca names. They’re cheap and I haven’t had any problems with them. My .ca names are managed by a Canadian company called Netfirms.ca, which has been a pleasure to deal with, and which has decent webhosting rates as well. I had some troubles setting up a webhosting account with them, but others have not had any problems to report. So, if you’re looking to keep your money in Canada, these might be the guys to call.