I Get Letters... From Jim Prentice! 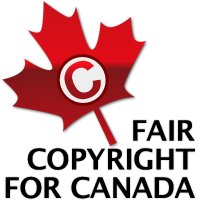 This past Thursday, I was privileged to receive an e-mail from Industry Minister Jim Prentice about Bill C-61, an act to amend the Copyright Act, introduced earlier that day. In it, he said the following:

The Government of Canada has introduced Bill C-61, An Act to Amend the Copyright Act. The proposed legislation is a made-in-Canada approach that balances the needs of Canadian consumers and copyright owners, promoting culture, innovation and competition in the digital age.

What does Bill C-61 mean to Canadians?

Specifically, it includes measures that would:

What this Bill is not:

Bill C-61 was introduced in the Commons on June 12, 2008 by Industry Minister Jim Prentice and Heritage Minister Jos√©e Verner.

Thank you for sharing your views on this important matter.

Now, what happened is that, during the initial controversy surrounding Jim Prentice’s first attempt to amend the Copyright Act, I sent him and copied the prime minister on an e-mail. Like thousands of other Canadians, I was concerned that the new copyright act criminalized such harmless activities as trying to copy a legally purchased but copy-protected CD collection onto my iPod, or quoting text from ebooks in academic essays. I was especially concerned that Prentice explicitly refused to meet with consumer groups to listen to their concerns about the legislation, saying that their concerns would be placed in a new bill introduced after the first act passed.

After a groundswell of protest caught the attention of the Canadian media, and produced a sizable gathering of concerned citizens outside his constituency office, Prentice withdrew the bill and promised to make changes. And now it appears as though he has. And I’m impressed that he cared enough about my e-mail that he kept my address in some database somewhere with the intent of e-mailing me when the new changes were introduced. At least, I don’t feel completely ignored. That’s good politics. But does the bill reflect my concerns and the concerns of Canadians who spoke out before?

Those who are nominally in favour of this legislation have taken to hectoring critics, lecturing them about how failing to pay for something you buy is theft. Indeed, this was the startling comment over on the blog Gen X at 40:

The Federal Tories have finally set out their plans for the Copyright Act and how they are going to stop all this digital sticky digits. Your blacklined copy of the amendments can be found here. Chicken Littles abound. Apparently:

…the effect of these provisions will be to make Canadians infringers for a host of activities that are common today including watching out-of-region-coded DVDs, copying and pasting materials from a DRM’d book, or even unlocking a cellphone.

Common? How many of you actually make a practice of nicking the goods of others like this? And anyway, drunk driving is commmon. Shop lifting is common. Does that make them legal or even recommended?

Um, excuse me? How is purchasing a DVD in the United Kingdom and watching it in North America an act akin to drunk driving? How does quoting material from an e-book that’s “locked” with Digital Rights Management provisions akin to theft? What’s theft and plagiarism is copying somebody else’s work and claiming it as your own, but quoting text and properly attributing it is perfectly ethical and standard practise in any school or university, from a high school student essay to a Doctoral thesis. This is akin to drunk driving?

And while I can see why unlocking a cellphone while it’s still under contract is a violation of contract law, if the contract expires and the cellphone is still yours, why can’t you do with it as you please? If the amendment to the copyright act prevents me from making use of my purchased goods in any manner I see fit within the privacy of my own home, then a serious violation of privacy has occurred here, not to mention my property rights. While property rights aren’t currently protected by the Canadian Charter of Rights and Freedoms, didn’t Stephen Harper talk about amending the charter to correct this oversight? Or was he just referring to the rights of corporations rather than individual consumers?

Now, the actual legislation can be found here, and like other parliamentary legislation, the fact that I might need a lawyer to understand its ins and outs is no excuse if I go spouting off at the wrong angle about a provision that isn’t there. I appreciate the fact that Prentice has moved to assuage concerned citizens that border guards will no longer have the right to summarily seize my iPod and laptop and prove that every single MP3 file was obtained legally, but that was only part of my concern. The punitive provisions against circumventing digital rights management blocks imposed by CD and DVD makers, television stations and ebook manufacturers alters the balance of our property rights, here, and tweaks the principles of justice so that the innocent are presumed guilty.

And I’m not talking about the legally grey areas of creating a mix CD of songs to give to a friend, or copying television shows and exchanging tapes with fellow fans across the world (an act that has sustained interest in Doctor Who and other television shows long after cancellation, to the benefit of the copyright holders). What is the criminal activity that DRM software is trying to prevent? The answer is: The use of other people’s intellectual property for financial gain without credit to the original property own. We can all agree that this is wrong. However, this means that I’m only really committing a crime if I take a CD that I purchase, make copies of it, and sell it for profit.

According to Michael Geist, the new legislation has a blanket prohibition against circumventing measures put in by manufacturers of digital materials to prevent copying, whether this be illegal large-scale copying of copyright material, or simply a means of skipping over those annoying advertisements some DVD manufactures place at the beginning of discs these days. If this is the case, this is wrong, and it essentially trumps the bill’s much-touted provisions allowing consumers to make copies of the materials they purchase.

Copying the CD onto my own MP3 player does not violate any code of justice — or at least it should not. I purchased the songs on that CD, and not specifically the shiny disc of metal and plastic. If I find a way to bypass the software on the CD that prevents said copying, and I do so for my own use, then I’ve committed no crime — or at least, I shouldn’t have. It is shameful for these companies to assume that I am committing a crime, and it is a significant violation of my privacy to come snooping around seeing if I’ve done this.

I would further argue that if the law comes to state that it is illegal for me to take a CD that I purchased and make use of it as I wish for my own personal use, then we have created an unjust law. And it’s sort of hard to respect the justice system when there is an unjust law in place like this.

And let’s not forget that these anti-copying circumvention measures have, in the past, destroyed perfectly legal hard drives, and there are calls by American networks to have companies such as Microsoft configure their Zunes to explicitly search out material that might be in violation of copyright.

Similar to this is the explicit ban on peer-to-peer file sharing, which again attacks the technology rather than the crime. It assumes that my BitTorrent program is being used to obtain stolen software rather than, say, the latest instalment of the perfectly legal NeoOffice and its 350 Mb download. This legislation puts the brakes on a lot of legal activity in its desperate search for criminals, again presuming guilt in the innocent.

Also disturbing is the lack of any protection for the fair use of certain images in parody or criticism. Even under current legislation, we have had corporations going after individuals who have used corporate logos in articles criticizing said companies, and we have had public agencies like the TTC coming down hard on perfectly harmless activities such as the individual who created an anagrammed version of the TTC’s iconic subway map. The lack of protection against these heavy handed responses to individual activity represent a significant reduction in the freedom of all individuals.

I’ll give Prentice his due for at least acknowledging my comments, and backing off initially to the complaints of thousands of Canadians about the reduction in their rights as consumers. Unfortunately, he did not take the time to meet with the various consumer and education groups who have expressed concerns over this legislation, giving every appearance of siding with one particular special interest group over the majority of Canadians. This is more than unfortunate: this is contemptible.

This is not about wanting to hold onto some illicit product, and I’m rather insulted by those individuals who seem to think that all the critics of this bill are just out to steal. This is about protecting our privacy and consumer protections. It’s about maintaining the right to presumed innocence in our dealings with the law. Bill C-61 is a poorly designed bill that favours corporate financial interests over the privacy and freedom of individual Canadians. It cannot be allowed to pass without significant amendments.

It’s time I wrote the government another e-mail. I encourage you to do so as well.