A Big Thank You to Ryerson Public School and Deloitte 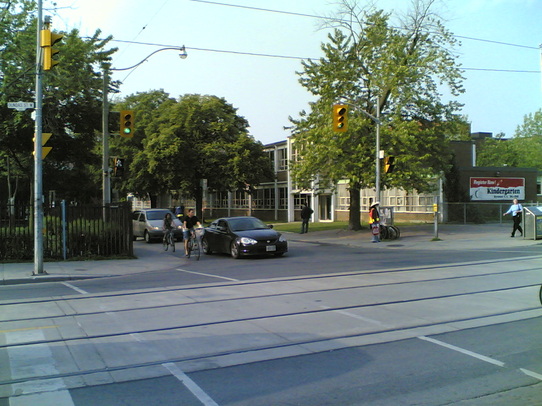 On Friday, I had the immense pleasure of being mobbed for autographs!

I was scheduled to read to about 51 grade 5 and 6 students at Ryerson Public School near downtown Toronto. The event was sponsored by the Deloitte consulting group, who brought in individuals to volunteer their time to foster a love of reading in inner city kids. I also was asked to lead two workshops.

I was sort of thrown in at the deep end. I made it to the school on time and was whisked to my classroom, given an introduction and basically told, “they’re yours, go to it.” Heh, no pressure. Fortunately I was prepared. I was told that the workshop was to have the students read a piece of a story and come up with their own ideas of where the scene or the story went from there. I read to them a couple of pages from The Dream King’s Daughter and they got together in groups and got to work.

I was privileged to have the help of the teachers and a number of Deloitte volunteers to keep order and keep the kids interested, and I was also privileged to have an audience of eager, interested and kind children, who took an interest in the scene, and came up with a number of great ideas as to where it could go from here. Some even wrote out enough of a story that they were able to put a “The End” at the end.

After the workshops, I read snippets from The Unwritten Girl for fifteen minutes, and answered a few questions to close the session. Deloitte provided copies of my book to the students, and I stayed to sign autographs.

I didn’t take pictures of the event itself. The volunteers from Deloitte were snapping pictures, and I’ll post them once they give me permission.

In other news, I’m pleased to announce that The Unwritten Girl has been chosen as one of the first books to be highlighted by the Anne Book Club run by Sullivan Entertainment, the people behind the Anne of Green Gables movie and cartoon adaptations. The idea behind this book club is to focus on books that Anne herself would have enjoyed if she were around today: classic and modern titles for kids and young adults, with a strong female lead, promoting family values and a love of reading.

On Monday, I’m going into Toronto to, among other things, be interviewed by Sullivan Entertainment for their book club website. I’m looking forward to it, and will let you know when the video is available for viewing.

Here are some more pictures from my Friday.