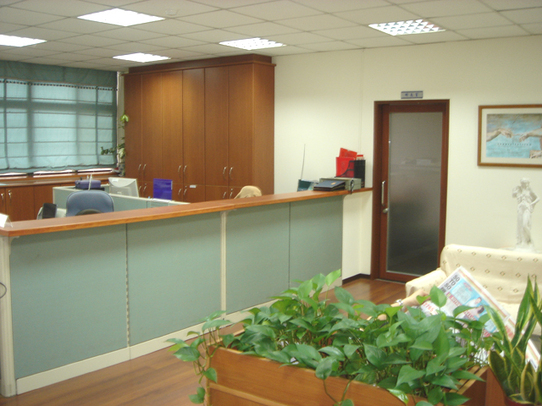 I’m pleased to report that this past weekend I was able to finish a new draft of The Night Girl. The rewritten story now clocks in at 65,000 words, about 13,000 more than the original draft had. Much of the increase came from a plot revision which played out the conflict between Perpetua, Earthenhouse and Fergus and complicated the plot. There was also a fair amount of additional detail added to flesh out the root problem.

I’m sure the word count will drop, however. Editing will, I hope, cut out the redundancies, and those elements that just don’t work.

Case in point is this scene, which lopped 726 words from the total. It originally came at the beginning of the third chapter, after Perpetua has started work for Earthenhouse, when she meets one of the company’s human clients. After feedback, I decided to cut it completely. I don’t think it’s a bad scene, and I’m particularly proud of Scooter, here, and some of the phrasing (particularly the “exclamation of stone”), but it just didn’t fit. And I found that removing it cost nothing, and indeed the chapter started better if it started with the scene following (where Perpetua starts to look for her first apartment). That’s as good an indication as any that a scene is superfluous and should be cut.

But here it is for your enjoyment:

Perpetua was sending the day’s faxes, with Scooter next to her, file folders in its seat, when the door to the office opened. She paid it no attention until the visitor exclaimed, “You’re a real person!”

She looked up from the fax machine to see a young man wearing a shirt, tie and pressed pants, carrying an envelope on a clipboard. She straightened up. “Can I… help you?”

He blushed, then stepped forward and pumped her hand. “I’m sorry, it’s just that I’ve never dealt with real people, here, before. I usually just drop this on the desk.” He handed her the envelope. She opened it quickly and peered inside. It contained a cheque and one of her invoices.

“Oh, you’re a client!” she said, looking at the return address. It was City Hall. “You know, you can send these in by mail or direct deposit.”

“My boss prefers the personal touch,” said the man. “But he never has time, so he always sends me.” He lowered his voice. “Personally, I think it’s a prank played on me, the junior member of the department. No offense, but I have to tell you…” Here, he lowered his voice to a whisper. “…The statues in this showroom really creep me out.”

“Statues?” Perpetua frowned and peered over the man’s shoulder. She’d thought that the office had gone unnaturally silent just before the door opened. Now she knew why. The goblins now sat in their seats, their hands on their laps, starring glassily forward. Only Chim and Chum moved, bobbing up and down with the regularity of pistons.

She looked back at the man. “So… your boss didn’t tell you what we do here?”

“Oh, it says it pretty plain on the door,” said the man. “Though what statues have to do with bouncers is beyond me. And with the statues, I prefer nymphs to gargoyles.” He shrugged. “But I guess there’s no accounting for some taste.”

Perpetua smiled politely and bit back a sarcastic retort. “I guess. Well, thank you for your payment. Have a nice day!”

“How do you do it?” the man asked. “Make them move when you aren’t looking?” Scooter squeaked forward. Perpetua stopped it with a slap.

Movement caught her eye and Perpetua looked over the man’s shoulder again. Some of the goblins were shifting uncomfortably in their seats. Then she realized: these were the ones who couldn’t hold down an art installation job for long. Rek had discreetly moved his hand and was now picking his nose. She glared at him, and he sheepishly moved his hand back.

“Is business good?” asked the man. “I wouldn’t have thought there’d be much demand for a whole bunch of statues.”

More goblins shifted in their seats. Two looked at each other and made faces behind the man’s back. Perpetua shot them a fierce look and they put their tongues away and sat up straight, just as the man turned around to see what Perpetua was staring at.

“We manage,” said Perpetua, turning the man back to face her. “Now, I shouldn’t keep you; I’m sure you’re pretty busy.”

“Well, maybe a little,” said the man, moving reluctantly towards the door. “I’m sorry; it’s just that it’s good to have somebody to talk to down here. That animatronic receptionist you guys used to have completely freaked me out.”

“No kidding,” said Perpetua, glaring at the goblins again. More tongues were out, and Rek was picking his nose again. “Yeah, you wouldn’t believe how many people commented on that. Thanks again for your business, sir—”

There was an exclamation of stone. An impish goblin jerked, then resumed his statuesque pose, hands in his lap.

The visitor stared at him. “Did… that statue just… sneeze?”

“Extra-realistic model,” said Perpetua, pushing him out the door. “For winter months.”

“What will they think of next?”

The door swung shut. Perpetua watched the man’s silhouette through the glass as he looked about a moment, then nodded to Fergus and walked away down the corridor. Then she glared at the goblins, who stared back. Her mouth quirked, and she burst out laughing. The goblins blinked at her, then began chortling too

Perpetua turned back to the fax machine, shaking her head. “Now I know why they hired me.” She chuckled to herself.