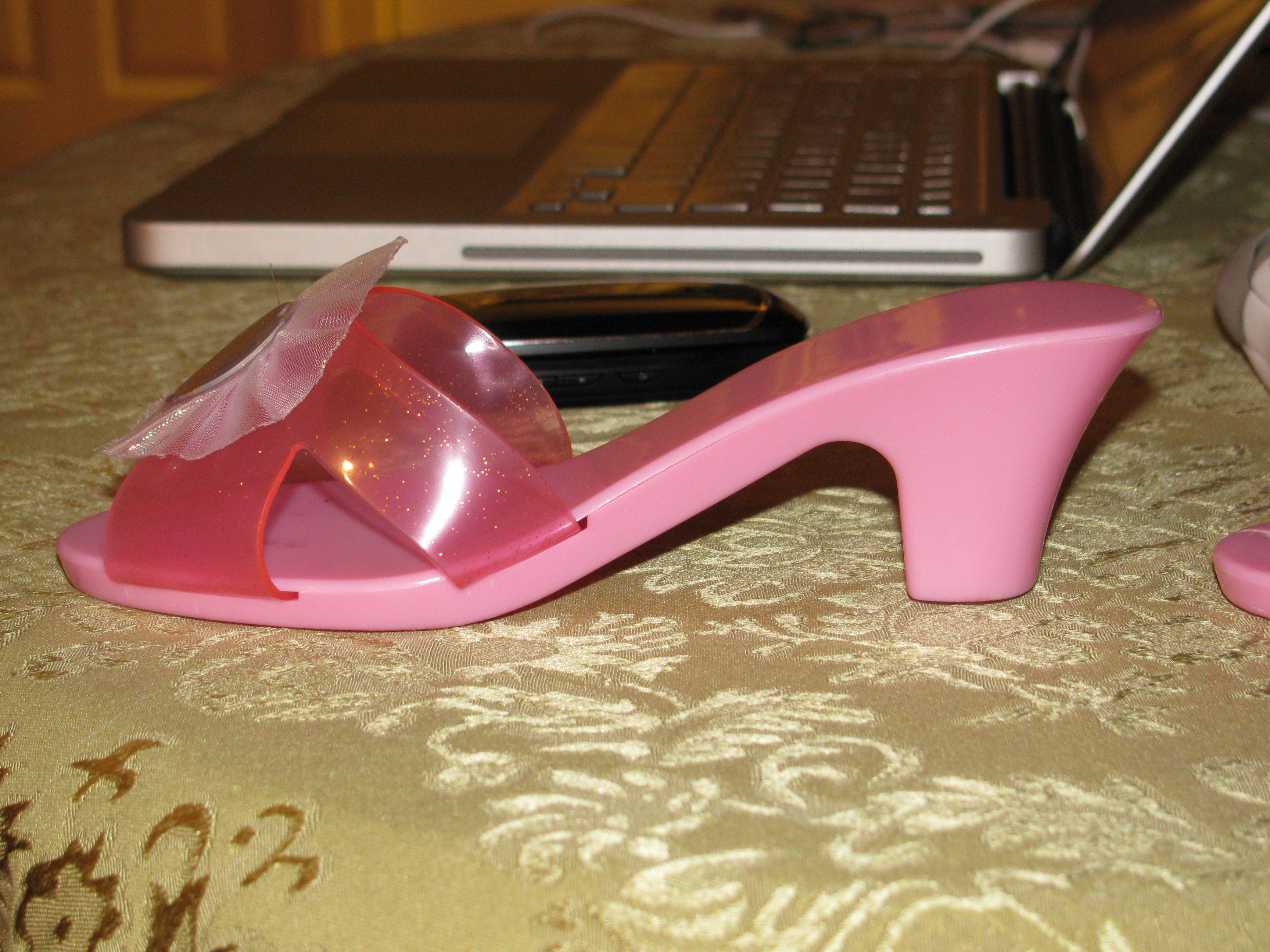 I now have a new reason to hate Disney.

I’ve joked about their overwhelming marketing, the meat-grinding happy-ending machine that destroyed the first Pirates of the Caribbean movie, the fact that they almost crushed Pixar. In fact, the fact that Pixar is still around and putting out good movies is one reason why I don’t hate Disney utterly, but this shoe, pictured above, tipped the scales.

You may have already heard that Vivian is in love with all things princesses. We have no idea where that came from. We’ve cut cable. The only television Vivian watches is TV Ontario, and all that’s inflicted on her is a fanatical love of all things Dora and Magic School Bus. And yet she knows the difference between Princess Ariel, Belle and Cinderella. She can pick their likenesses out of a shelf from forty paces. She loves to pretend. I can only blame her friends at preschool.

Well, for better or for worse, Erin and Vivian’s grandparents decided to buy Vivian a princess costume. Mind you, Vivian was with them, so they might not have had a choice. The costume is the sort of thing you’d wear at Halloween, which means it’s unlikely to last that long. The fabric is flimsy, the crown snapped in half just the other day, and no real princess would be caught dead in the thing.

But where I have really come to loathe this costume is in the shoes. One is pictured above. It’s a high heel. It’s also made of hollow plastic and contoured in such a way as to make a podiatrist weep. But they’re princess shoes. She has to wear them.

Thus far, she has tripped over a low flight of stairs, and had her ankles collapse out from under her multiple times. They make her walk awkwardly and actively hurt her. I’ve begged, begged her to take these off. “They’re causing you pain,” I say. “They’re not good shoes! They’re not worth it!”

“But they’re pretty!” is her cogent reply.

A three year old hurting herself to walk in high heeled shoes. A three year old. I had no idea I had feminist sensibilities, but right now they’re very offended.

I have to do something. Perhaps tonight, while Vivian is asleep, I’ll throw them in the creek.