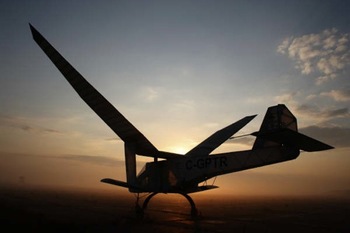 On Wednesday, I went into Toronto for a writing day. My first stop was at the Chapters at Bloor and Runnymede where the Canadian Children’s Book Centre and Harper Collins had set up a special presentation for local schools. Author Arthur Slade read from his latest novel, The Hunchback Assignments, and gave a brief presentation on interesting trivia from the Victorian era. Of course, he got a lot of laughs out of the revelation that the flush toilet was invented by Thomas Crapper. It was good to meet up with him and also to meet up with fellow Dundurn author Mahtab Narsimhan.

I didn’t get a chance to stay and really chat with Art, because he was on a schedule, and so was I. After the session, I high-tailed it to the Ontario Science Centre, where I met up with my old high school friend Walter. We had a working lunch while I talked about some ideas for Icarus Down.

Icarus Down passed 5,000 words earlier this week, although the story is still quite young. As I said to Art, I’m at the stage where I am throwing things against the wall to see what sticks. Right now, as you can see from this scene, I’m working with a bunch of images: a colony world of cities suspended halfway up mile-deep chasms, a planet buffeted by the light from a blue supergiant, and ornithopters.

This stage of the writing process can be the most exciting, but also the most frustrating. While I do have a bunch of ideas, some things aren’t clicking yet — most troublingly, the characters. I’m having a hard time figuring out just who Simon is, and he’s the first person narrator of the piece. That’s a problem. He is also striking me as wishy-washy; he is a humble person, and things just happen to him. How do I make him more forceful, without making him pushy? It’s strange that I don’t ask that question about Aurora or Perpetua, but there you go. I still think it’s important to have a male protagonist for this story, however. It’s just a feeling I have.

But my conversation with Walter helped me nail down some strong images for the story, and also some points to raise in the acknowledgements. For one thing, it’s highly unrealistic that we could find a habitable planet circling a blue giant star, much less a blue supergiant like Rigel or the Pistol Star. These stars last for a comparably short time: a few hundred million years at the most. By comparison, our sun is five billion years old and should, barring accidents, last for five billion years more. The likelihood that a planet could cool down soon enough for an advanced enough ecosystem to form is stretching things. But then, while Icarus Down might have some science fiction overtones, I am a fantasy writer, and what’s the point of writing fantasy if you can’t fudge a few facts.

But Walter and I went over a few ideas that might contribute some cool images to the story, such as how big the star might appear on the planet, and what effect that would have on the light. Our sun is noticeably a disk in the sky, but to all intents and purposes, we treat it as just one source of light. On the other hand, if the colony’s star was much bigger in the sky, could the light wrap around the planet a bit more, producing extra long sunsets? What if the colonies were located at the pole (with the planet having basically a 1’ angle of inclination), and only one quarter of the solar disk appeared over the horizon — albeit while taking up almost a quarter of the horizon.

One result of this feeling-out process has been a slight shift in the focus of the story. More and more, I’m drawn to the culture of the colonial society that’s built up in the fifty years since the original colony ship crashed. The colonists have spent two years living in fear of the sun (but not so much that they’ve retreated into caves); how has that affected the way they live, the way they dress, or the way that they love? I already have an idea of clothes that are practically drained of colour. Rachel, a nurse, wears a cap with a pale blue cross on it. One wonders what types of books they read, if the print is very thin. Certainly, they’ve given up paper for plastic.

Over on Erin’s Livejournal, she mentions a friendly competition we’ve started up between Icarus Down and what will hopefully be her second YA novel, Sorrow’s Knot. It’s a throwback to the time a couple of years ago when The Night Girl came out of its two-year-long dormancy and challenged the progress of Plain Kate. That sort of competition can be fun, although I really have no idea what sort of frivolous thing I should buy myself should I be lucky enough to win. I have all the neat gadgets I truthfully want. I have tentatively settled on an iPhone, however, though I don’t expect to win.

The fact of the matter is, Icarus Down is nowhere near as developed as The Night Girl was when it came out of its two-year sleep. The Night Girl had strong characters, especially with Perpetua. I have about as much idea about where the plot of Icarus Down is going — moreso than I think I had with The Night Girl, in fact, but without a clearer picture of what the characters are like, that’s a hollow victory. But I do think that things are coming together. I’m seeing the beginnings of a love triangle, and later on Wednesday I imagined a scene of the society celebrating a rare nightfall. There is potential here, which is why I’m still very excited about Icarus Down, even though I’m still finding it, and even though Erin’s new pair of shoes are probably safe.