Yo, Catelli: You Missed a Podium (Why the Governor General Should Remain, and Remain Appointed) 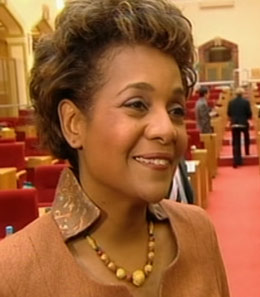 One thing this prorogation controversy has stimulated is the beginnings of a debate on how our democracy should be structured. Individuals wishing to stop the prime minister from abusing his constitutional powers again have suggested making prorogation — the dissolution of parliament at the end of a parliamentary session — a decision taken by parliament alone. And given the Governor General’s role in allowing Stephen Harper to prorogue parliament, the blogger Catelli (formerly known as the Closet Liberal) has brought in two other bloggers — Sir Francis and David Mader — to discuss whether or not the Governor General should be elected to office by the people of Canada.

Catelli may have left an option out, because over at the post Dr. Dawg wrote to promote this great debate, a commentator wrote suggesting “Option 3”, specifically to simply abolish the position. And now I intend to argue my case against this option.

For individuals who see Canada’s connection to the British monarchy as something antiquated and out of touch with the reality of today’s Canada, I can see how they might like such a proposal. For those who are adverse to significant portions of our government being in the hands of individuals who are appointed to office by our prime minister rather than elected into place, I can understand the desire for reform. And given that the Governor General’s powers are largely ceremonial, and that indeed that it’s only the fact that we have a minority government in parliament that her powers have been demonstrated to be anything but, I can understand the desire to abolish the position, without any thought to what to replace it with.

But I believe, in this case, if it ain’t broke, don’t fix it. What’s happening under Stephen Harper’s prorogation is not a broken system, its an abuse of a system. Fair enough, you might say: if the system can be abused, then it’s broken. We need to change it. Maybe that’s the case, but we shouldn’t throw the baby out with the bathwater. If we’re going to get rid of the Governor General, what do we replace it with? A president? Or do we just abandon the position entirely (possibly along with the senate) and assume that bills become law once they pass third reading in the House of Commons?

I think Canada is better served with an appointed ceremonial figure as its head of state rather than a president, and I certainly think that Canada is better served by having a Governor General rather than having nothing at all. In the Westminster tradition, our Governor General is a representative of our monarch, who happens to be Queen Elizabeth of the United Kingdom. If you cut our ties to the monarchy and declare us a republic, an easy model to change our system to is the one south of the border, where the monarch position is held by the President of the United States. Of course, the president has a lot more power than the Governor General, as befits the fact that he is elected into place by the American public, but sometimes I feel that the position of the American Head of State is in conflict with the fact that it is a position of real power in America, precisely because the president is elected.

Our nominal head of state theoretically speaks for Canada, and it would be nice if we could have one that isn’t politically motivated (which, basically, is what we currently have). I mean, when the president of the United States addresses the troops or meets with foreign heads of state, he is supposed to be speaking for all Americans, including those who voted against him. However, he obtains a political catchet from these events that benefits him as the presidential nominee of the political party he represents. While it is an honour to meet the president, just as it is an honour to meet the prime minister, for those troops who voted Democrat when George W. Bush was in power, was there not some tension there? No such tension exists when the Governor General visits our troops in Afghanistan.

(For American readers, I should note that if they adopted the Canadian system and made their president as ceremonial as our Governor General is, power would fall to the prime minister, who would be the leader of the largest party in the House — specifically Speaker Nancy Pelosi. America would also have had a prime minister Newt Gingrich, so perhaps the Canadian system isn’t all buds and roses, but I digress…)

We have important things in this country such as the Governor General’s awards and various awards of merit given to our troops and other remarkable Canadians. Our Governor General is also often the first representative to meet with foreign heads of state. This is more than a case of taking some tasks some might consider ‘tedious’ out of the hands of the prime minister. This is also about reminding Canadians that the prime minister, and the nation he serves, are two different things.

When the Governor General passes out her awards, or visits the troops, or meets foreign heads of state, the message sent here is that we as Canadians, as a whole, express our support for the individuals the GG is meeting with, or honouring. The Prime Minister is subservient to that. He is a servant of Canada, and doesn’t benefit in any unseemly way from behaving as if he is a president. To those progressives who question the merits of having a Governor General at all in this country, I would say that the fact that our nominal presidential position is occupied by a ceremonial figurehead probably sticks in the craw of Stephen Harper, but I think there is benefit if every prime minister we have is disabused of the notion of “l’etat, c’est moi” (I am the state).

And given that the prime minister has already started to take over tasks that were traditionally the purview of the Governor General (including awarding certain honours to our troops), I can’t help but wonder if one of the biggest supporters of dissolving the Governor General’s position may not be Stephen Harper himself. Progressive activists may do well to think about this.

Not only does the Governor General limit the temptation for a prime minister to wrap himself in the flag by taking on these ceremonial duties, it protects these same ceremonial expressions from political taint. When Governor General Michaelle Jean cut up a hunk of meat from the heart of a seal and ate it raw, it was seen nationwide and across the political spectrum as an expression of support to the Inuit way of life. If Stephen Harper or Michael Ignatieff had done the same thing, it would be seen as a political stunt.

Could you imagine Stephen Harper handing out Governor Generals awards for children’s fiction in this country? Or can you imagine Michael Ignatieff doing the same, or even Jack Layton? Why would they bother? And yet, how much less do those awards mean if they’re handed out by, say, John Baird, or some backbencher stand-in? So I think these tasks performed by the Governor General are important. The Governor General Awards promote Canadian culture (and, I will admit some self-interest, here: I would like to win one of these awards someday), and I think that it is important that these ceremonial expressions remain as apolitical as possible. Thus it is important that they be carried out by an individual who represents Canada, but who isn’t tied up in the politics of Canada.

We have that person now in our appointed Governor General.

Mind you, if you want a certain amount of economy in our governing institutions, and you feel that the Governor General has too few responsibilities, I’m willing to consider consolidating our Queen’s representative with that of the Speaker of the House of Commons. That has been a fairly a-political position, so there is a good match here, I think. And, with the Speaker now the Queen’s representative in Canada, perhaps that could give him more teeth in enforcing the civility of parliament.

That and, perhaps, minions with whips.