A Way to Improve the Vote Subsidy System 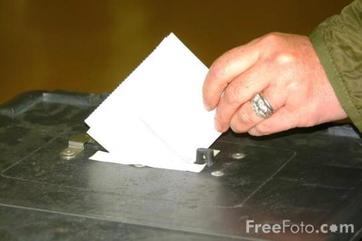 The practise of paying political parties $2 per vote per year based on the previous election result has generated a fair amount of discussion since it was implemented back in 2004. For the smaller parties, especially the Greens, it has been a boon. The infusion of more than a million dollars per year is probably largely responsible for that party getting the profile it has had in the past few elections.

Still, others want to eliminate the system. They hate the fact that this same system allows tax dollars to subsidize the Bloc Quebecois. “I don’t want my money supporting the separatists,” they say, in spite of the fact that, technically speaking, it doesn’t. Don’t want the Bloc Quebecois to get your money? Don’t vote for them. They money that party is receiving comes from Bloc supporters, who pay taxes too.

As an aside, many of the same people who express opposition to this vote subsidy don’t say much against the other vote subsidy the parties receive. In this country, when you donate money to a registered political party, you get a lot of that money right back during tax season as a credit against your taxes. Currently, the formula is that you get back 75% of your contribution if you contribute up to $400; contributions between $400 and $750 get you back $300 plus 50% of the portion above $400, and contributions above $750 gets you $475 plus a third of the portion above $750, to a maximum tax credit of $650.

So, contribute $1275 to any registered political party, and you get $650 off your taxes. If you contribute the same amount to a registered charity in Ontario like the Red Cross or Amnesty International, you get just over half of that amount back.

That strikes me as out of whack. I mean, who do you think does more good in this world? The Liberal Party? Or the Red Cross? So, I say, if you want to end the per-voter subsidy, do the same for the other, larger political tax subsidy that’s out there. At the very least, let’s treat our registered political parties the same as our registered charities.

But while I’m personally opposed to the idea of removing the voter subsidy system, that doesn’t mean I’m opposed to improving it. For instance, why should the subsidy be limited just to registered political parties? Why should a subsidy that is determined at election time by applied just to fighting the election that follows?

If I recall correctly, anybody who wishes to run for parliament must pay Elections Canada a deposit of $1000. You get that deposit back, along with 50% of your “reasonable campaign expenses”, if you are elected or receive more than 15% of the vote. Running for election can be expensive, especially if you’re not supported by a national party infrastructure.

So, why not use the per-voter subsidy to offset these fees first? Let’s have all local candidates $2 for every vote they earn during an election, to be applied against that deposit and their reasonable campaign expenses. Any surplus is sent to the national party or, in the case of independent candidates, held in trust by Elections Canada for subsequent campaigns.

This way, you don’t need to be a member of a political party in order to benefit from this voter subsidy, and a fair chunk of the cost of running for office is paid for. Independent candidates have far less of a disincentive against running for parliament, and democracy as a whole benefits. That’s got to be a good thing, don’t you think?

Hill and Knowlton’s Election Prediction Machine is Back Online

Hill and Knowlton’s Flash-based election prediction machine is back online and updated for the 2011 election. Feed in projected party support, or vote swings, and see what Hill and Knowlton thinks the results will be. It’s a fun and flashy way wasting time while you wait for the leaders’ debate!