The Sound of Children's Laughter 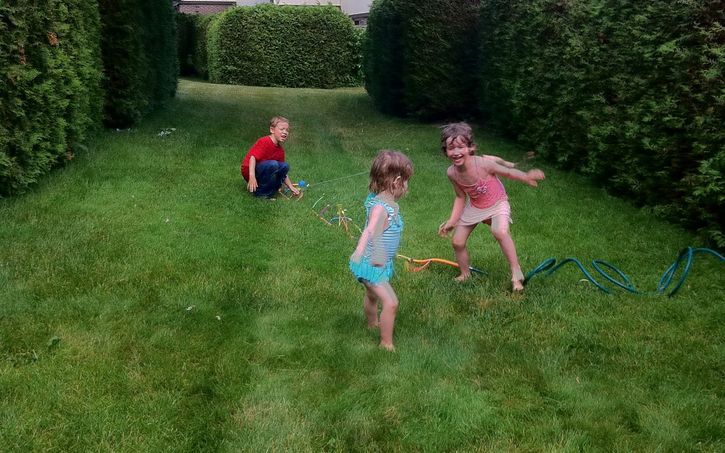 My latest column with the Kitchener Post is now up. Be sure to check it out.

I hope I’m not being too boastful when I say that I think I live in one of the best neighbourhoods in the world. It’s not a rich neighbourhood, and it’s certainly not a quiet neighbourhood. Far from it. There is a diverse mixture of ethnicities, incomes and ages. There are a lot of families here. And that is why I love it.

Vivian and Nora have had a very good summer, and a lot of that has been due to where we live. Our tucked-in townhouse complex has a lot of kids about that are close to Vivian and Nora’s age. And because we’re tucked in, it’s safe to let them outside to play, while you sit and cast a watchful eye. You have far less to fear from traffic, here.

It’s this reason I fear the winter, when Vivian and Nora will be cooped up. That’s when we know that cabin fever is a real phenomenon.

But for now, in the summer, there’s the wind rustling the leaves and the sound of children’s laughter outside our window. It’s that sound that attracted us to this neighbourhood ten years ago (ten years ago yesterday, in fact), long before Vivian was born.

Apparently there are people out there who don’t like the noise that children make, who complain about rowdy children at recess playing in the schoolyard next to their homes. I can’t fathom these people, and hope indeed they never become like them. The sound of children’s laughter is one of the best sounds in the world and is, I think, a critical indicator of the health of a neighbourhood.