The Ballet Dancer and the Karate Kid 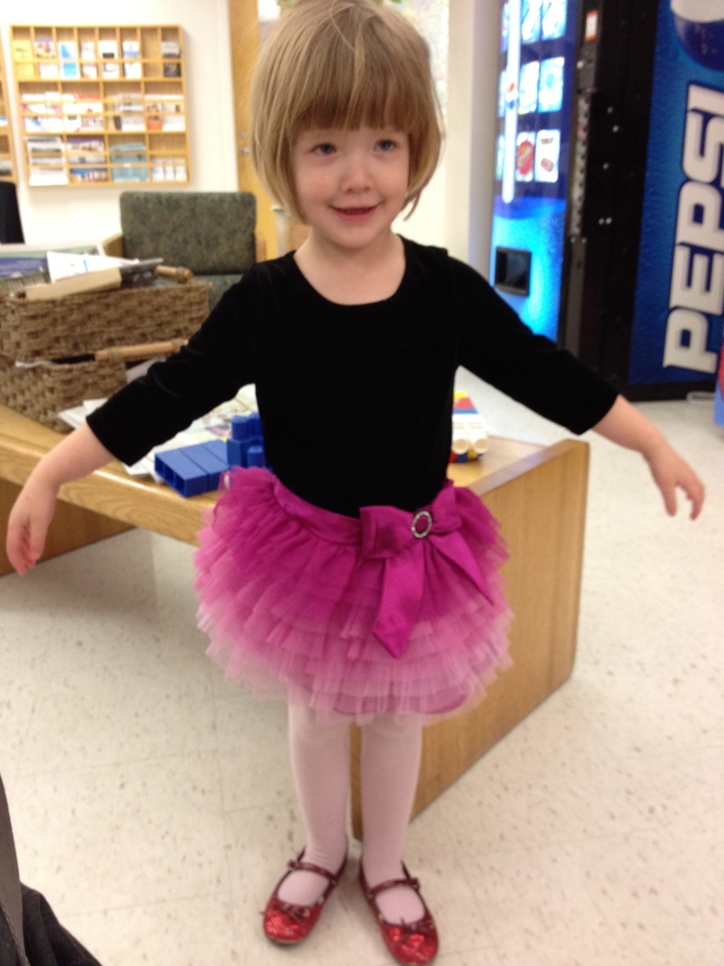 Work continues apace for me. The Kitchener Post web site has worked though its problems, and my two latest columns are now online here and here. Enjoy!

It’s a new term here at the community centres, and that means new swimming lessons for the girls. It also means dance lessons, finally, for Nora, and the start of karate lessons for Vivian.

Grandma Rosemarie (and other grandparents, I’m sure) have been looking forward to Nora graduating to dancing lessons. She’d been so excited to see her older sister dancing and she’d wanted so much to do the same, wear the frilly tutu and the slippers and go go go. They’ve especially been wanting photographs of Nora in her dancing dress (see above). Unfortunately, dance lessons filled up too rapidly this past fall for me to get Nora on the list. I lucked out, though, and found a lesson taking place in the early afternoon and signed Nora up, only to find the class cancelled due to low attendance, and Nora moved to the later afternoon. Which turned out to be even more convenient, since Vivian is taking karate lessons at the same time in the same building.

It’s ironic, but Nora’s getting into dancing just as Vivian’s leaving it behind, preferring to concentrate on the “ninja” part of her “ninja princess scientist” title. I signed her up for karate this term, and her karate suit has just arrived (see below).

I think my parents are expecting to discover broken glass and splintered wood at our house any day, now. But I do remember my own karate classes, how they taught respect and discipline as well as the cool moves. In this respect, I think the skill is useful and good for Vivian, and she knows well enough not to do something that will break things at home. Though, yes, the risk is noted.

I should mention that yesterday was the launch of Susan Fish’s Storywell venture, and the launch party was a very successful event held at Whole Lotta Gelatta in uptown Waterloo. It sounds like Susan has generated a lot of interest in her creative venture, which attempts to nurture the creativity of others in her local community with editorial help, workshops, proofreading, et cetera, and I wish her a whole lot of good luck. Erin’s involved, as is my mother, so it’s something rather close to my heart as well. Good luck, all! 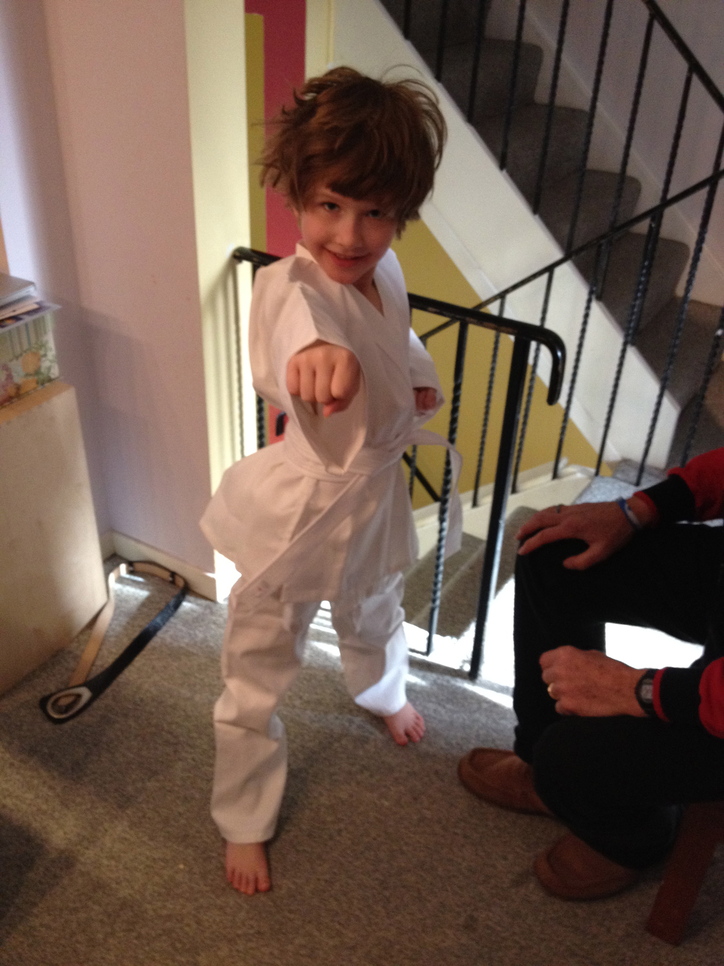