On the Union-Pearson Air Rail Link 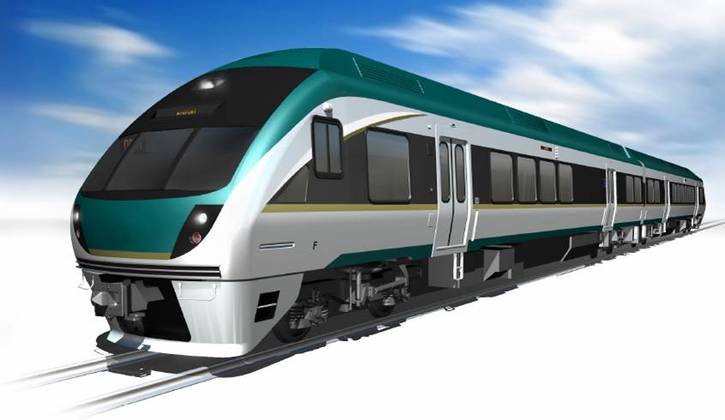 Let me clear through some business before I get to my latest post here. My latest column is now up at the Kitchener Post, and in answer to everybody’s question, the coffee was indeed quite good, thankyouverymuch. Maybe not $100/lb good, but still a nice thing to have tried, once.

I also had a pretty productive day today, spent in Toronto. Expect some posts about that in the near future. Right now, though, the crunch time continues.

And, relating to this post about London-Kitchener-Toronto VIA Trains stopping at Malton, I was on the train today, and they do indeed do that. My railfan contacts, who have also noted VIA’s silence on this change, believe that VIA started serving the station on January 24, when the new timetables came out. I didn’t disembark at the station, so I wasn’t able to confirm whether VIA tickets were being sold at the GO counter, but I suspect so.

Incidentally, Presto machines now appear to be operational at Kitchener station, which should make the commute a lot easier for Presto users. I wish I’d known this when I bought my return ticket at Union.

Can you tell us a little bit more about Air Rail Link?

Well, I can certainly try.

The short summary of the Toronto Air Rail Link is that it is a high speed train that Metrolinx is building designed to whisk passengers away from track 3 of Toronto’s Union station directly to Pearson Airport. Self-propelled multiple-unit diesel trains (initially; upgrade to electric is expected after a few years) will operate at 15 minute intervals along the Weston sub and a new spur-line, breaking off around Highway 401 and weaving its way around Dixon Road to a station on the roof of Pearson’s terminal 1 (likely one level above the Airport’s current inter-terminal cable-car). Construction has started, and the line is expected to be open in time for the Pan-Am Games in 2015. Total travel time is roughly 25 minutes, with intermediate stops at Bloor (with a connection to the subway at Dundas West) and at Weston.

Metrolinx has an official page on the project’s construction, though it doesn’t go deeply into the history of this project. And the project does indeed have a history. In fact, I blogged about it, almost nine years ago.

Back then, the Pearson-Union rail link was the brainchild of Jean Chretien’s Transport Minister David Collenette, who fiercely believed that Toronto could not be a world class city without a high-speed, high class rail link between its international airport and its centre city. He envisioned that you would be able to check your bags at Union station and be whisked away almost directly to your plane. The cost of a trip on the link was expected to be $20. Collenette campaigned heavily for this $400 million project, even though a private developer was supposed to build it.

Now, other major cities do have rail connections between their downtowns and their airports. Chicago has the Blue Line. New York City has the JKF Air Line. London had its Heathrow Express. Toronto was missing out, said Collenette, and people should build the rail link nownownow!

Except that the provincial government (led by Mike Harris) and the municipal government (led by Mel Lastman) were already arguing fiercely about the future of public transit expansion in Toronto. Lastman had a number of projects on his wish list (including finishing the Sheppard subway), and a rail link to the airport wasn’t it. Moreover, it was noted that of all the travellers who arrive at Pearson Airport, only 17% headed downtown. More could conceivably be served by an Eglinton subway or LRT. Then there was the fare: $20. That made it a service targeted to a very specific market, and average Toronto commuters weren’t among them. Never mind that GO Transit could have provided this service for the same amount of money or less, and charge just a $4 fare.

I had some wild ideas about what might be behind Collenette’s thinking, which didn’t pan out. But the most surprising thing about the Pearson-Union rail link is that, though Chretien soon resigned as prime minister, and though the government changed hands just three years later, the Air Rail Link project proved to be one that just would not die. Collenette, I believe, had managed to award a contract to SNC-Lavalin (the same guys who hold the lease on Highway 407), and they doggedly pushed the project forward (now called Blue 22). The Village of Weston revolted against what SNC-Lavalin proposed for their part of the city, which resulted in changes to the design in the area, but which Weston residents are still not wholly happy about.

Then, for whatever reason, SNC-Lavalin backed out of the project, and the whole thing just fell on the desk of Metrolinx (the provincially-run regional transit agency, which is strange because the province didn’t want the project in the first place), who has now taken up the task of building the line.

For better or for worse, the Air Rail Link is spearheading a number of improvements to GO Transit’s Kitchener line, including the grade-separation of the West Toronto Diamond, new and rebuilt bridges through the west end of Toronto (including the bottleneck over the Humber River), and it may finally give us that GO-TTC connection at Dundas West station that’s been mooted for over a decade. But there are a lot of questions surrounding the Air Rail link which Metrolinks only partially answers.

The Air Rail link uses different equipment than the standard GO-train: smaller self-propelled diesel trains, somewhat akin to the O-Train currently in operation in Ottawa. Will it fall under GO’s fare structure, or will it be a premium service obliging passengers to pay $20? How useful will it be if it just serves the Airport and not passengers wanting to get from downtown to northwest Toronto and back? Why is a spur needed to take the line directly to the Airport when a people-mover extended from the Airport to Malton GO station (or a new station at Woodbine racetrack) might be cheaper? And how will a premium, limited seat service operating at frequencies of 15 minutes affect other GO Train traffic heading into and out of Union station?

Metrolinx itself doesn’t know these answers. The question of fares is noticeably absent from its rail link website. It has noted the congestion issues, however, and one solution might route the Kitchener and Milton GO Trains to a satellite station on Front Street between Bathurst and Spadina, served by a Downtown Relief subway line.

So, I have mixed feelings about the Airport Rail Link. On the one hand, it serves a very small subset of a very niche market, and it doesn’t appear to contribute strongly to the overall network (the Finch and Eglinton LRTs would have eventually met at the airport, and these could have connected more of the Airport’s passenger base more effectively with the rest of the GTA). On the other hand, it is allowing GO Transit to piggyback other improvements that will make train travel easier for people coming into Toronto from Kitchener. And it would be an undeniably cool thing to have.

But it’s being built, regardless of what I think. And I guess we’ll just have to see for ourselves how successful it is, come 2015.