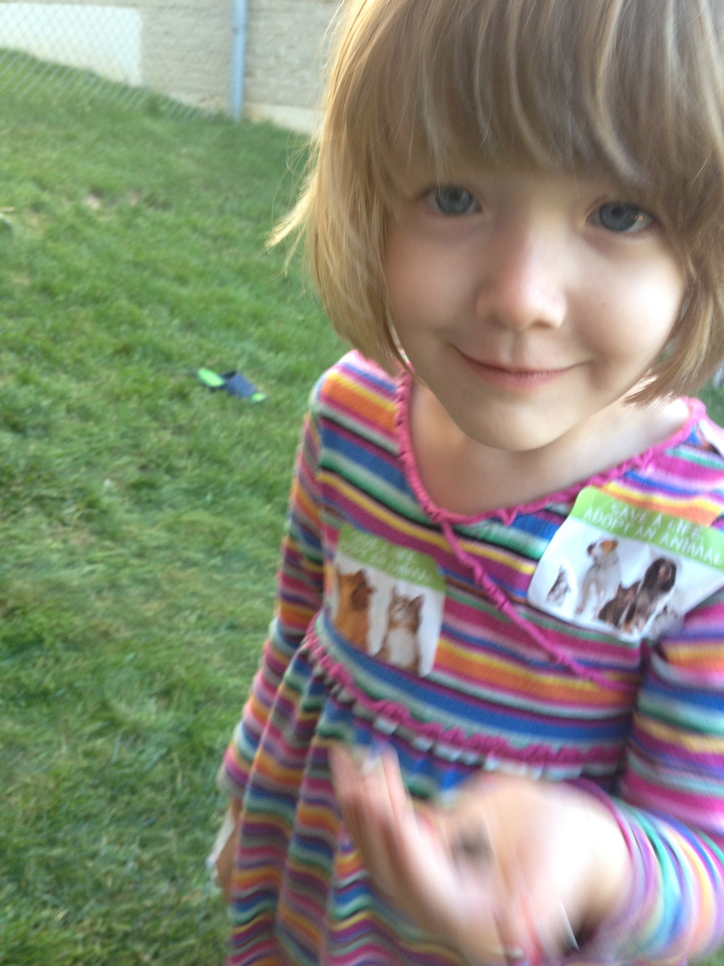 Last night, we took the kids on a fantastic Canada Day outing. There’s a fireworks display after sunset at Columbia Lake, just north of the University of Waterloo and, last year, Erin had managed to scope out the perfect place to watch it that, while close enough to see the display, was well removed from the crowds. Last year, Nora wasn’t ready for the display, conking out before we could go out, so Erin and Rosemarie took Vivian by herself. This time, the whole family got to go, and the kids were amazed and in good spirits as we came back home, even conking out in the car. Vivian is six and Nora is four; both old enough to take this into their adult memories. I think we’ve given them good ones to remember for this day.

Reading Twitter, I see that some media and Conservative Party supporters are sniffing at the plethora of #DenounceHarper hashtags that showed up on the social media service throughout Canada Day. Though the hashtag focused primarily on criticizing the flaws of the Harper administration, some people suggested that the posters were being unpatriotic. Some media outlets suggested that this was “not a newsworthy event”, despite the fact that the tag ended up trending across Canada throughout the day.

I can’t speak for all of the tags out there, but the ones I saw were careful to celebrate Canada while at the same time criticizing the flaws of our government. I did not see any that were particularly vitriolic (though I’m sure some were out there). Maybe it was a bit of a stunt to pull this on Canada Day, but I do recall some Conservative Party supporters (and, let me be clear here, a small minority), in the leeward days of the Chretien years, engaging in a meme of their own, showing pictures of the Canadian flag upside down, or even a discarded Canadian flag floating amidst junk in the lake. And a few progressive leaning bloggers couldn’t help but comment on the vitriol there. I guess some could say that what goes around comes around. Or, if you’re more optimistic that people can learn from previous experience, now one side has a better understanding of how the other side feels.

Though I will point out an interesting difference here. While the #DenounceHarper tags emphatically disagreed with the policies Prime Minister Harper has pushed in his years in power, the overwhelming majority took the time to celebrate Canada even as they criticized the government. The participants of the previous meme, when the tables were turned, seemed to suggest that the whole country deserved to be thrown into the trash simply because they disagreed with the direction the government was taking.

At least the #DenounceHarper tweeters are showing their love of this country in their commitment to try and clean it up, as they see it. And, really, there is nothing more democratic than criticizing one’s own government and holding them to a higher standard. Doing so does not make one an “enemy of Canada”, as has been suggested by some circles of this government. And in that respect, I say that I love my country, and I will continue to show it to the best of my ability by making sure that it’s government stays something that I can be proud of.

Those of you who have read me for a while know that, in terms of my fiction writing, I got started with fan fiction, and I’ve been keen to defend it in the past. I have said that, while the gatekeepers have disappeared since the days I wrote fan fiction, and the noise-to-signal ratio has risen considerably with the plethora of unedited fan fiction on the Internet, there is still a lot of good, well written, well plotted, well characterized stuff to be found if one took the time to look. I even offered some suggestions. Well, here’s one more.

Are any of you folks fans of Max Brooks’ World War Z? Even if you haven’t read the book, there isn’t too much you need to know: the novel is an overview of a zombie apocalypse, as it would likely play out in this day and age (can you imagine Fox News and CNN covering a zombie apocalypse and how that would go?), not only the rise of the zombies, but the way the United States military reinvented itself and gradually helped humanity retake the planet. At the end of the book, there have been major, world-shaking changes — a realignment of forces comparable to the aftermath of the Second World War.

The book ends with a number of mysteries, one of the more compelling of which is North Korea. The people of that country just vanish off the face of the earth in the early days of the zombie apocalypse, and they don’t come back once the threat is contained and neutralized. So, what happened to them? Evidence suggests that the entire population of the country was pushed underground into a HUGE series of tunnels and bunkers to wait out the apocalypse. So, where are they now? Are the 25 million North Koreans still in there, unaware that the world has come back? Or are there 25 million zombies just waiting to be unleashed?

A fan fiction author known as the Dark Scribbler has taken on this mystery in his short fiction piece entitled The Way is Shut, and it really is a remarkable piece of writing. It’s pitch perfect in tone and creepy as all get-out. Even if you haven’t read World War Z, there’s nothing that will prevent you from enjoying this story on its own terms, and I highly recommend it if you’re a fan of creepy mystery and implied (as opposed to graphic) horror. So, go on, get reading! Go!.