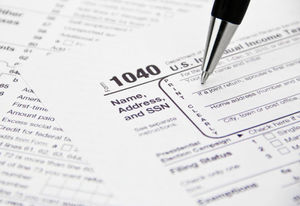 Now that I have an American agent who is working to sell my manuscripts in the United States, I have to deal with some American tax issues.

This isn't new, of course. We've had an interesting tax experience since Erin and I got married, since she's now a dual citizen and still earning a fair amount of her annual income from American sources. Fortunately, Canada and the U.S. have a tax treaty, which keeps us from being taxed twice for our revenues, so long as we stay under a certain threshold. It also helps that Erin is a U.S. citizen to begin with, and thus had her own social security number. The lion's share of her bureaucratic work has been done.

But for somebody who isn't a U.S. citizen, the task of making yourself known to the IRS is daunting. Unfortunately, there is a clear incentive, here. Up to thirty percent of your income generated within the United States can be held back for taxes without proof that you are already being taxed by the government of Canada. And writers in this situation have been encouraged to get their own ITIN (which stands for International Taxpayers Identification Number).

My mother, who is dealing with similar issues with funds earned in the United States, noted that obtaining an ITIN was notoriously cumbersome. You needed to supply original documents (or certified copies from the issuing agencies) including birth certificates and passports showing that you were who you said you were. You could not supply notorized copies. Rather than leave her documentation in the hands of the U.S. government for months, she looked at alternatives paths, and found one.

She discovered that you could also prevent the U.S. from docking your earnings by supplying an Employer Identification Number (EIN). To do this, you had to show that you were a businses. To do this, you essentially had to incorporate yourself, which is actually a lot less painful than it sounds. She went online to the Government of Ontario website and incorporated herself as a sole-proprietorship -- basically a one-person company. All she needed to do was fill out forms online and pay $60 (good for five years), and she received her business number. She could then call a number in Philadelphia and supply that business number in order to obtain her EIN. Her work was done in just a couple of days.

This sounded easy, and it was, so I incorporated myself in Ontario and then called the IRS in Philadelphia to fill out my form.

But I ran into a problem. After supplying my name and date of birth, I was asked if I had an ITIN (the number I was initially supposed to get before deciding to get an EIN instead). "No," I replied. And the person on the other end of the line responded with, "Are you sure?"

Let me just say, those three words, "Are you sure", are three words you don't want to hear uttered from a representative of the IRS. You become hyper aware that this is a huge bureaucracy with lots of computers and personnel and a fair amount of legal backing to make your life very, very interesting. But I could only be honest: "I don't... _think_... so!"

So they asked for some more data, including a middle name. "Yup! This is you. You already have an ITIN!" And I was bewildered. When had I obtained an ITIN?

"Sorry," the representative replied. "Not my department."

This was okay with me, and I was transferred. And in less than five minutes, after supplying my name and birthdate, I came away with the ITIN I'd been so scared would take me months to acquire.

Turns out, Erin and I had applied for one soon after we got married, in 1998. We were dealing with some tax issues in our first tax year together, and if the letters I've found are any indication, it was a bureaucratic process -- so bureaucratic, perhaps, that I repressed it. But now I have my number, I can move forward with the tax preparations.

And wonder what to do with myself now that I'm incorporated over the next five years.