…would have to be very bad indeed to be worse than Sandra Bullock’s day, as seen below:

The trailer above is for the upcoming movie Gravity, directed by Alfonso Cuarón, starring George Clooney and Sandra Bullock and due for release on October 4th. People are already calling it “Open Water in space”.

I’ll have to wait for the reviews before I decide whether or not to see this. The plot is simple, but potentially powerful. After the accident above, the two surviving astronauts (Clooney and Bullock) are left floating above the Earth, tethered together, left to die a slow death while help seems non-existent. It’s a terrifying scenario, possibly because it’s so simple, and so easy to see how it could happen.

But, from what I can see, there’s not that much plot there. Open Water offers a similar scenario: a young couple, left behind in the middle of the ocean after a scuba dive, have to float around with little hope for rescue. They, at least, had sharks available at the end to finish them off. The only potential sharks in this movie are meteors, and they were used to start the story to begin with. You can’t go to the well twice.

It is, however, one heck of a trailer, and remarkable for being a single take. The director also has many other fine films under his belt. So, colour me intrigued.

The news here is that Erin has gone home to Kitchener, as she’s needed back at work on Monday. The kids and I are staying with the grandparents, as we expect to all head to Kitchener in three weeks. It gives the kids more time with their American grandparents, but the kids are missing their mommy. Fortunately, the Iowa Science Centre helped to keep them active through the afternoon.

Below is a shot of an arch that Nora and I built. 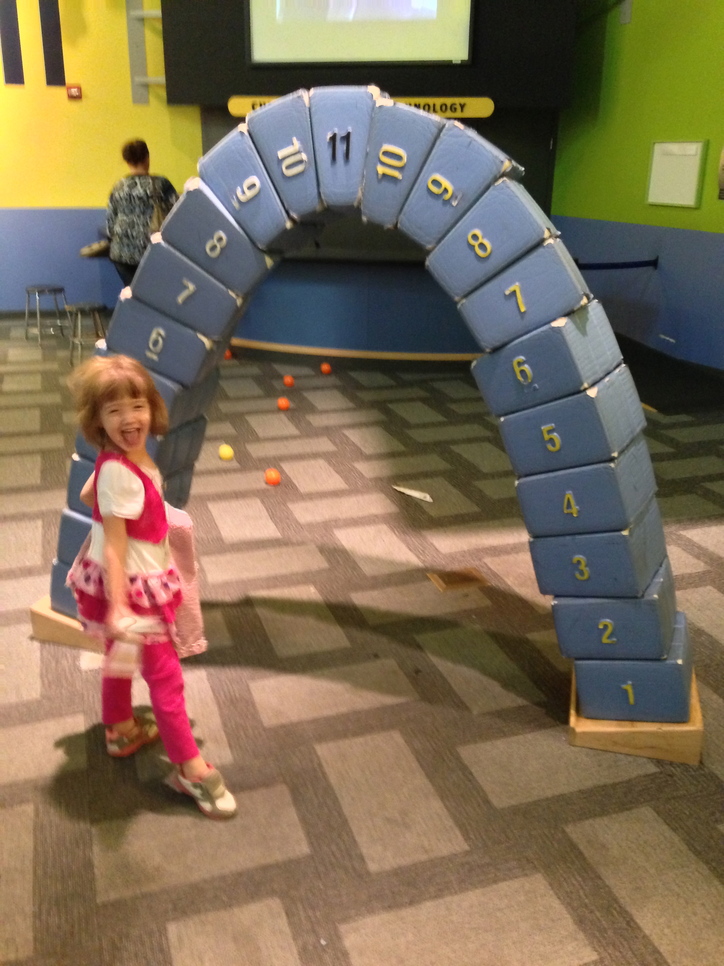