Chair Seiling Upends the Table (on Waterloo Region, Cambridge and the LRT) 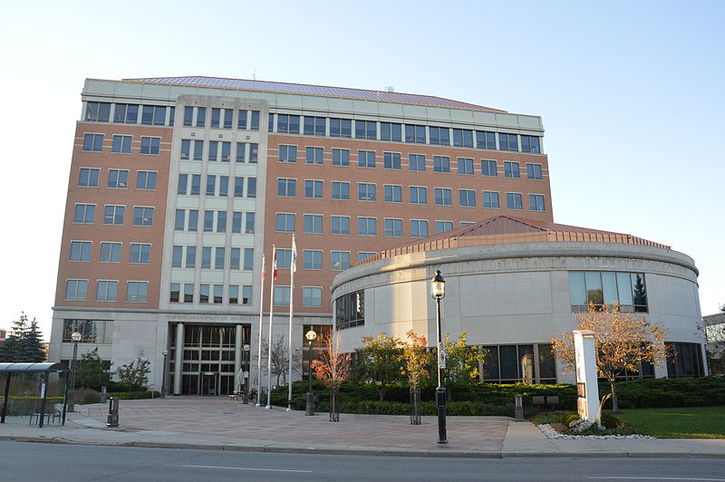 The image above is by the Wikipedia user IllustratedJC. It is used in accordance with their Creative Commons license.

Today, I attended the regional council meeting to watch the final approval of LRT in Waterloo Region. The vote, which passed 10-4, was almost anticlimactic. The vote that followed, however, may have had more impact to the health of our region.

Cambridge mayor, Doug Craig, an opponent of the LRT plan, proposed adjusting the area-rating for the levies that pay for the LRT. In his motion, Cambridge residents would only pay for the costs of the express bus services that would connect to the LRT at Fairview Mall. Kitchener and Waterloo taxpayers would take up the cost of the LRT alone.

It was only fair, Craig said. Since Cambridge wasn’t getting LRT until “phase 2”, why should Cambridge residents pay for phase 1’s costs?

Regional chairman Ken Seiling left the chair at this point to enter the debate. Seiling went through a long presentation, with charts, that countered Craig’s contention that Cambridge was getting less out of the Region of Waterloo than it was paying in. Numerous services were listed, from police to emergency management to housing to waste water management, where Cambridge received a net benefit - sometimes to the tune of millions of dollars a year.

It was thorough, methodical and devastating. Local resident, Chris Klein, said on Twitter, “Maybe numbers make your eyes glaze over but, right now Seiling is, with an accountant’s dry voice, flipping the goddamn table.”

To say that Mayor Craig was displeased is an understatement. Standing up to speak, Craig asked what housing, police and emergency services had to do with the LRT. He was either being disingenuous or blinkered. As Ken Seiling showed, we are a region and we should as one. If we make an exception for Cambridge on the LRT, where do we stop?

Tellingly, Craig’s motion failed to secure the full support of the Cambridge delegation. Councillor Brewer voted against Craig, saying that she did not feel that Cambridge could “go it alone”, which is what she felt Craig’s motion opened the door for.

While the vote against Craig’s motion was monolithic, it was disturbing to watch. Craig was, in my opinion, playing up a sense of division within regional council, very likely for political reasons. And when the other councilors of the region came down so hard on him and called him on it, that’s something he’ll take with him as yet another line of his hard-done-by narrative.

Which is a shame, because although Seiling and other councilors were right to show the benefits of acting as a single region and not a messy agglomeration of parts, Craig’s demand for a fairer deal for Cambridge has some merit. After all, the townships have been area-rated and excused from paying the full costs of the LRT, so why not Cambridge?

The mayor of Wellesley stated clearly, while voting for the LRT, that the project does benefit the townships, rerouting development away from them and into the urban core, protecting countryside. If the benefit is there, shouldn’t the bill to pay for it be there as well?

I was hoping that one of the township mayors would step forward and selflessly volunteer to end their area-rating of the LRT, but that was too much to ask. I did not attend the initial meetings where the decision to excuse the townships from paying for the LRT took place. I can only speculate that the justification for excusing the townships could be made if the cities were receiving some benefit in return.

Though we are growing rapidly, we remain a fundamentally rural region. Farms are a vital part of our culture and our economy, and these are under threat by urban sprawl. It’s not only the townships that would lose out if development spills outside the countryside line: everybody in the region would. Can you imagine a Region of Waterloo with suburban-style sprawl development from New Hamburg to Maryville and from Elmira to Ayr?

The townships have something that benefits the region as a whole. It’s something that, once damaged, does not come back. That’s worth protecting. The LRT does this. So too does area-rating the townships’ involvement, and excusing them from the final bill.

And as for Cambridge, Kitchener and Waterloo? We’re big boys, and we can and should shoulder a heavier burden to protect our rural neighbours. That’s how the region should work.