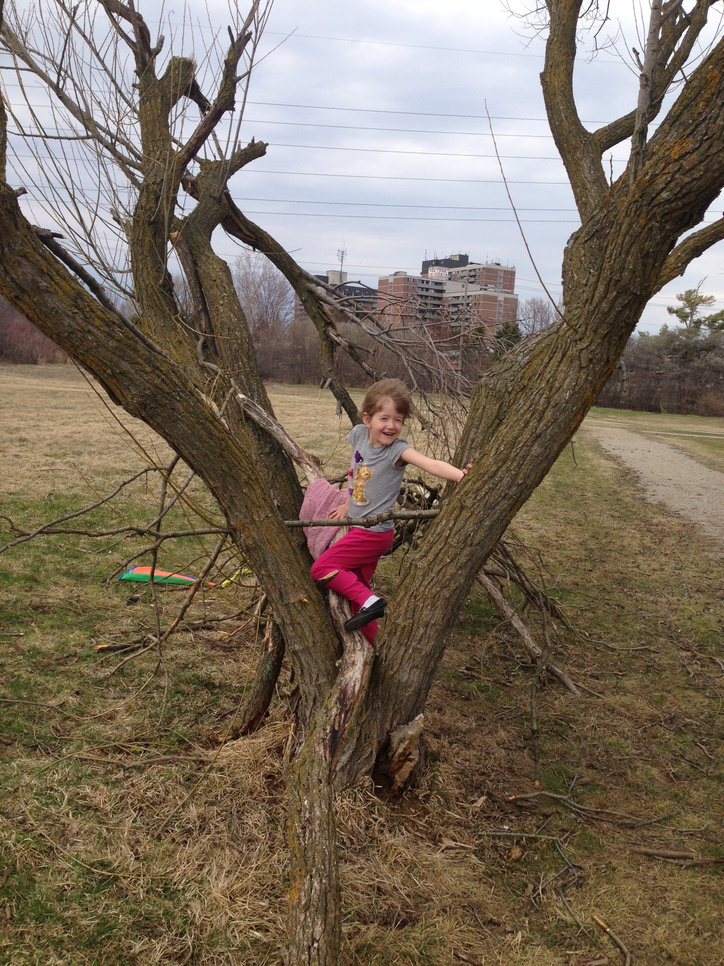 Today is the most secular of Easter holidays. No reason to go to Church, and yet there's no school, no mail delivery and the banks are closed.

Years ago, Easter was a delight, not only because of the candy on Sunday, but the fact that Friday and Monday combined to provide us with a rare four-day weekend from school. A three day weekend was luxury enough, but four? Bliss.

Of course, today, Easter Monday means keeping the kids occupied. But fortunately we are blessed with grandparents.

Poppa Eric took the kids and I out to lunch today. We went up to St. Jacobs and ate at this new hamburger and poutine stand called the Crazy Canuck. The décor was, shall we say, ecclectic, but generally Canadian. It was very much an order up and sit down sort of place, but the food was very nice. The poutine especially was good, and these guys smoke their own pulled pork. It's also attached to an antique market, for some reason, which was also cool.

Then we headed over to grandma Rosemarie and poppa Michael's place where we went out to the park. Even today, four months later, we can still see the damage the December ice storm has done. Nora and Rosemarie took to gathering some of the fallen branches around this tree (seen above) to create a pirate ship. Our handiwork will likely be taken down by the city in the coming weeks, but it was fun while it lasted.