The First Picture I Ever Took 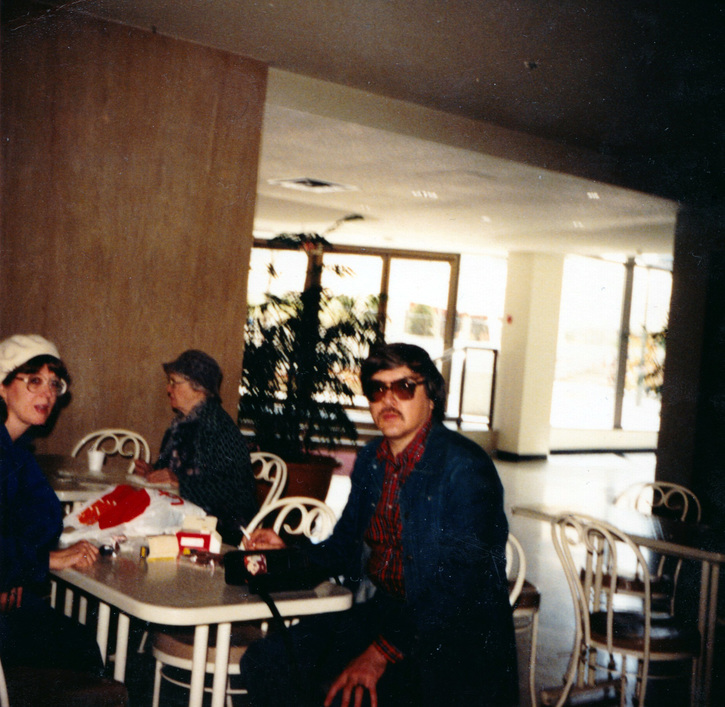 This picture of my parents was snapped in the fall of 1983 on a Kodak 110 camera. My parents had leant me that camera ahead of a planned school field trip to Ottawa. It was the first time I was going to spend a weekend away from home, without my parents, and it was the nation’s capital, so they (and I) thought it important that I have a camera to record this event. This first picture was shot at the food court of the then newly-opened College Park. So much has changed since that date; the food court is probably not there, although the building certainly remains.

Today, Apple currently stores 20,743 digital photographs, snapped from September 2004 onward. Since cellphones and cameras merged and began taking decent pictures, photography has become commonplace, and not this momentous occasion where every photograph had to count — although I do recall that I was so excited by my new toy that I was taking so many pictures on the bus that my teacher threatened to take the camera away until there was something worth snapping. Today, Nora and Vivian, who are both younger than I was when I took this photograph, have cameras of their own, and are adding to our photo feed.

I do judiciously delete the blurry ones.

About six days ago, I reported to friends on Facebook that my father had a mild heart attack. I say ‘mild’ because it was mild; it was caught early, and did little to no damage to the heart. In a way, it was good that it happened, because it uncovered problems in the heart that needed attention, and could have gotten much worse if it hadn’t been attended to. Still, there’s nothing ‘mild’ about a heart attack.

As I type this, my father is currently in surgery, having a double bypass to get around calcium buildups in his heart. He’s in the best place for such a procedure (St. Mary’s Hospital), and he’s in good hands. The prognosis for recovery is excellent. But, of course, the waiting is hard, and recovery is going to be hard. Fortunately, the support and kindness we’ve received in the past week have been more than heartening.

It’s still a shock, though, and a stern reminder that time is still marching on. More things will change from the time I took the photograph. I don’t like it, but there’s not much I can do about it, except add to the memories.

Always remember to keep adding to the memories.

(Update: 5:08 p.m.): We’ve just heard from the surgeon and the operation appears to have gone well. There’s still some things that need to be done before we can see Eric, but it appears we are out of the woods. Fingers crossed.