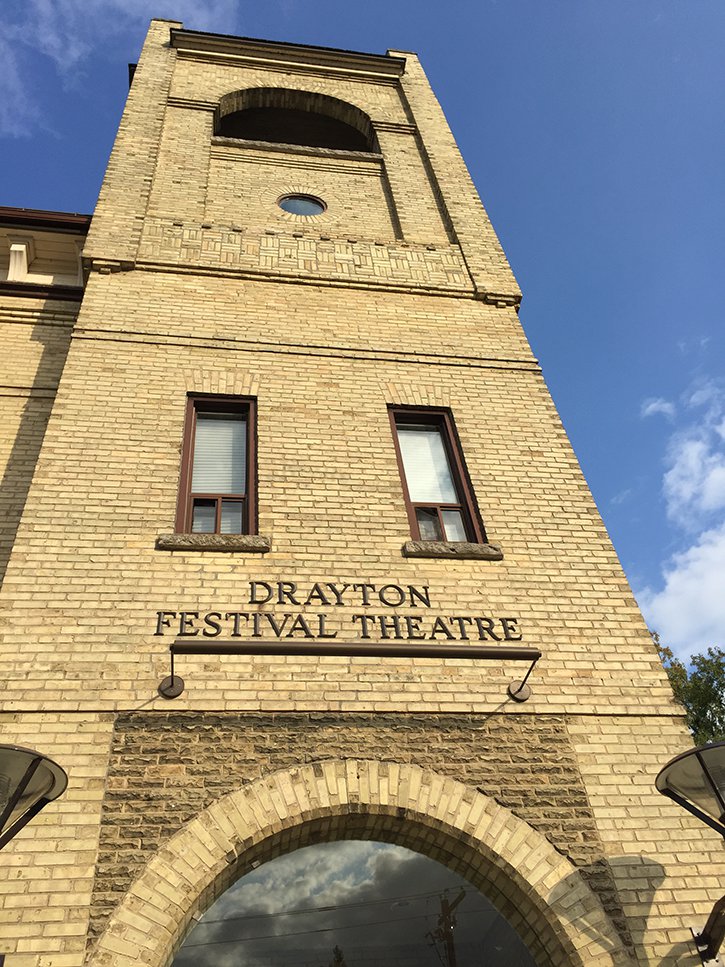 I see that despite my attempts to post to this blog more often, I’ve fallen back and made a five day gap in my posts. Oh, well. But I have been working. On Friday, I completed outlines on two non-fiction books for kids. The outline for The Sun Runners is also going well.

In the meantime, on Saturday, Michael and Rosemarie, the kids and I had the pleasure of going to see The Music Man at the Drayton Festival Theatre. It was my first time to Drayton and seeing its theatre. What an interesting little town. It’s a beautiful rural hamlet with an old opera house (built in 1902) that has been impressively refurbished to host a theatre group that consistently punches well above its weight. It’s like Stratford in miniature.

And our outing was as impressive as we could have hoped. The Drayton Festival Theatre put on a lovely production of the Music Man that was fun, well choreographed, and highly detailed. I was watching one scene where the whole cast was singing about the arrival of the Wells Fargo truck. The leading lady was off to the side. Her character had just been given an important revelation. And though she was off to the side of the stage, the focus not on her at all, I happen to look at her and see her expression from enjoying the proceedings, to disappointment (the delivery helps the con man’s case), to decidedly mixed, as her feelings for the con man are themselves in flux, thanks to the earlier revelation. That was impressive acting, and I suspect that a lot of audience wasn’t paying attention to it. It still happened, though. Similarly, there were little stories told in the background of scenes as the main story took place, all producing a rich, multi-layered production that gave you many levels of enjoyment.

The kids loved the performance, especially the music and the choreography. We came home late, the girls sleepy, but I think we’ll be doing that again.