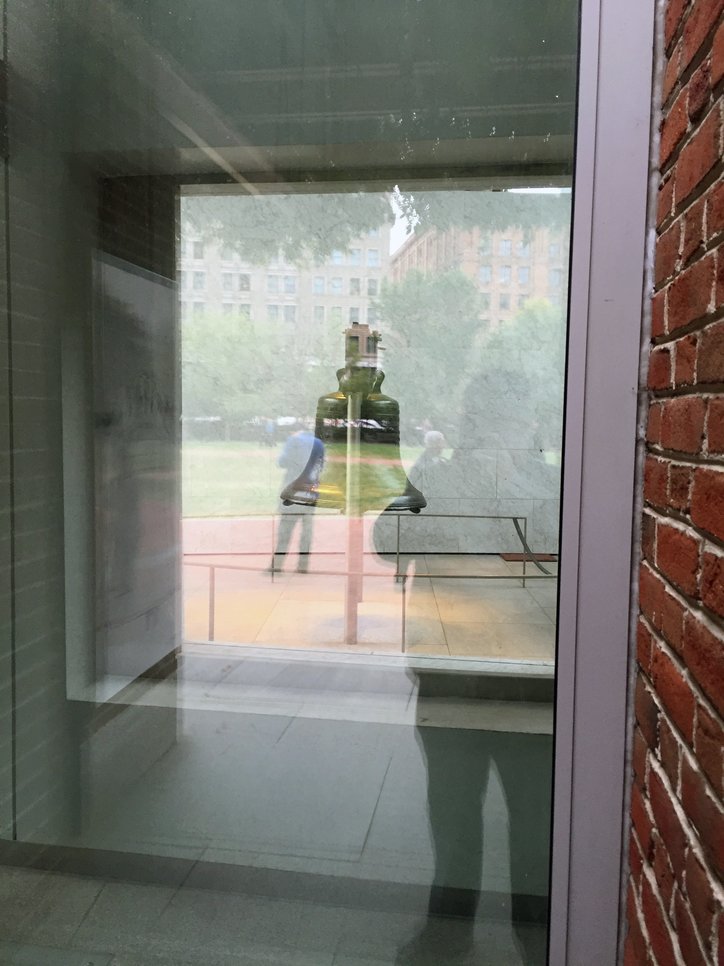 (You can see my photographs for the day here)

How could I go to Philadelphia and not see the Liberty Bell, especially when my hotel is just two blocks away? So, that’s what I did. After a quick breakfast, I walked to Independence Square, past signs talking about the things Benjamin Franklin had done, and past some glorious Georgian architecture.

One thing that Philadelphia has that Toronto does not is a wealth of 18th century history. When the Pennsylvanian city was the temporary capital of the United States, Toronto was a village called York that could muster about a few dozen houses. But whereas Washington is a city of museums and government, Philadelphia is more a city of history and business. Tourists may bypass the City of Brotherly Love for Washington, but it’s their loss.

I shouldn’t have been surprised that the Liberty Bell was under glass, protected from the elements by a visitor’s interpretation centre. Fortunately, you can walk up to a window and look in on it, and there was a lineup. Independence Square is an interesting space in the heart of Philadelphia. Ancient and tall buildings surround it, and the place bustles. 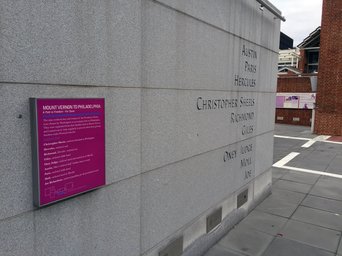 There were a few museums here that I didn’t have the time to see. One intriguing monument was to the slaves of George Washington. A lot of work has gone into this, with the individuals immortalized in stone (see picture, right), and by actor interpretations played on television screens to passers by. A plaque states, “The nine enslaved men and women of the President’s House were chosen by Washington to accompany him to Philadelphia. They were separated from their families in Mount Vernon and rotated out of state regularly to prevent them from gaining freedom under Pennsylvania law.”

Very pointed, and not what I was expecting to find in Philadelphia.

My transit ramble continued. After visiting SEPTA’s trolley museum, I went up to Girard Street where Philadelphia’s iconic PCCs continue to roll, albeit in heavily rebuilt form. After another two streetcar rides, I caught a regional train out of 30th Street Station and headed up to Norristown. My goal was a rather intriguing historic remnant known as the Norristown High Speed Line.

Norristown appears to be one of these satellite towns that got swallowed up by the Philadelphia conurbation. The Norristown High Speed Line dates back to 1902, with a failed attempt to build a new transcontinental railroad. Quickly, however, the line’s owners pivoted and built a shuttle service from the western terminal of Pennsylvania’s elevated railway to the satellite towns of first Stratford and then Norristown. It was soon connected to the Lehigh Valley Transit Company and made part of a larger network serving southeastern Pennsylvania. In the 1920s, the line was heavily upgraded, with high quality track and third rail electric operation. In the 1950s, when Lehigh Valley abandoned passenger operations, the service was taken up by the Philadelphia Suburban Transportation Company.

I don’t see many equivalents to this line, certainly not in Toronto or anywhere in Canada. The line operates at faster-than-subway speeds (up to 70 mph), but at lower than subway loads. Most of the stations are small platforms apparently in the middle of brush and forest. It has very distinctive equipment as well — old style bullet trains used to operate on the line, and the current version, while much more boxy, is still found nowhere else.

At the 69th Street Terminal, I took one of Philadelphia’s suburban trolleys to another former satellite town, Media. These trolleys look very like SEPTA’s city trolleys, being made from the same manufacturer, but they’re double-ended, and use pantographs instead of trolley poles. The Media and Sharon Hill lines operate largely on private rights-of-way and can get up to considerable speed.

At Media, I met a friend, fellow railfan (and SEPTA employee) for dinner and we talked about our Toronto and Philadelphia’s rail transit. He visited Toronto before and hopes to visit again when my home town’s current projects come on stream. I told him that I was impressed with Philadelphia. While it’s a shame that the city lost so much of its streetcar network, what it still has works well and is certainly worth preserving. Toronto can also learn a lot from SEPTA’s regional rail and its integration with local transit.

All in all, I think, a successful trip — at least, from my standard. I’m sure the girls would have been bored.

I’m writing this Wednesday evening. I have an early day tomorrow, having to catch the 5:15 Amtrak to connect with the Adirondack in New York. Still some adventuring left to do, but except for a couple of early connections, at least tomorrow I get more time to sit and watch the scenery go by. 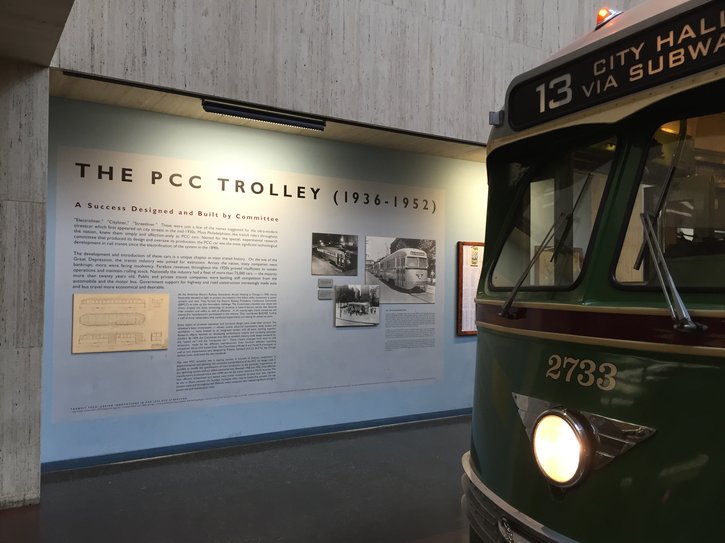