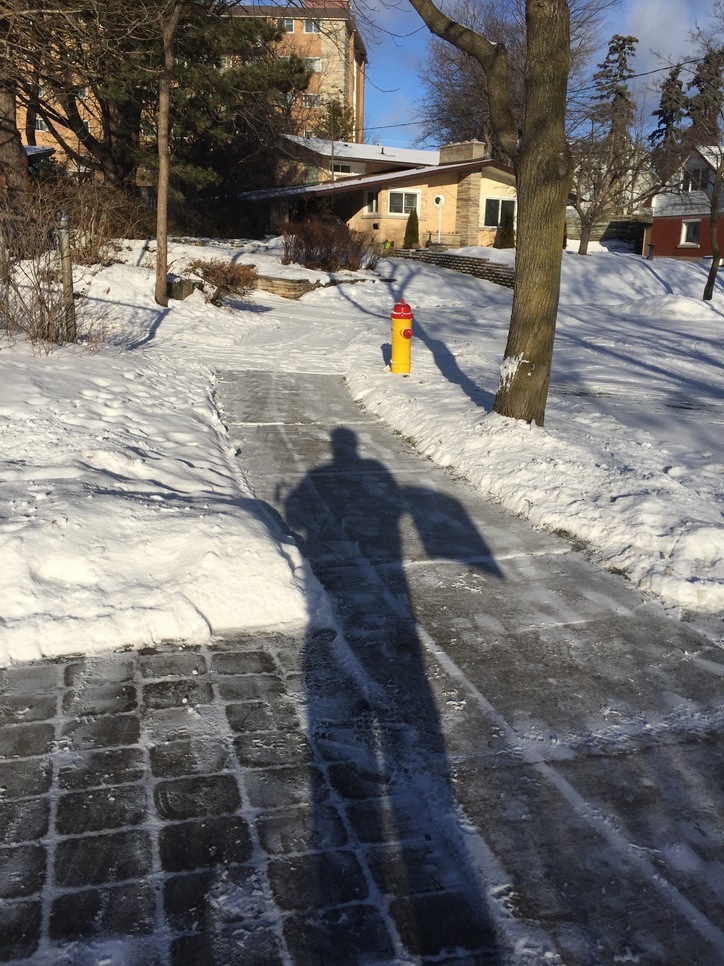 This year will be the 19th anniversary of when I left my parents home and moved with Erin into our new apartment. Yes, I lived with my parents through my university years. That and the fact I went to a Canadian institution and didn’t try for graduate school is probably why I’ve had zero student debt in my entire life.

But this is also the 19th anniversary of when I put down my snow shovel and said “no more!” Or, it would have been, if last year Erin and I hadn’t moved out of the condominium we owned into a fully-detached house with no condo fees and no associated grounds crew.

The adjustment hasn’t been as shocking as I would have imagined. It helps that Erin actually enjoys gardening and is willing to do it, in return for some (gruding) help in cleaning up and in my taking up duties elsewhere. But there is still shovelling to be done, and last year I prepared for it by buying an actual shovel.

This year, I bought shovel number two. We’ve got a big driveway. Seriously, it’s huge. The winter has been mostly kind to us so far, giving us no snow to speak of in December, and no more than flurries in January, but having seen neighbour sidewalks turn to ice because the people inside don’t shovel snow, we’ve resolved to be pretty diligent about our walkway.

It helps that a natural shovelling time appears to have materialized. After a snowfall, I take the kids to school, and then come back and pick up a shovel and start shovelling. By that point, Erin’s awake enough to come out and join me on shovel number two, and between the two of us, we clear the driveway fairly quickly. It even seems to build camaraderie.

Though, I do wonder how long that camaraderie will last, if winter drags on, or we get a slush storm. That was why I downed tools nineteen years ago to begin with…