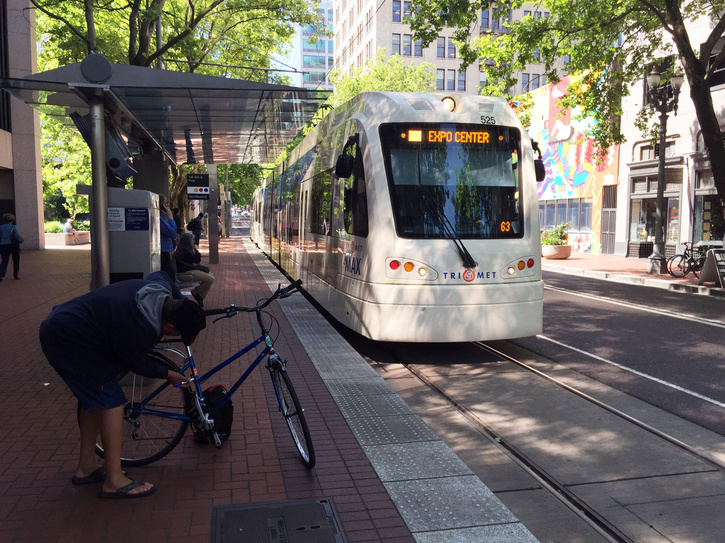 Portland, Oregon, is something of a holy site for certain urban planners. This was the town that tore down an expressway to build an LRT, and is seen as the beacon that all progressive-minded urban centres aspire to. Want bike lanes? Look to Portland to see how it’s done. Want pedestrian friendly streets? Portland. Food trucks? Portland.

So, as an urban planner and a transit enthusiast, I was long interested in seeing the city. Now that I’ve been, does it live up to its hype? I think it does.

Portland is like Vancouver concentrated, minus the horrendous real-estate speculation. There are mountains in the distance, a lot of waterfront property, and a very pedestrian friendly downtown. I also ate quite well. And though I was interested in seeing Portland’s LRT in action, it was the streetcar that impressed me the most.

Portland has established two streetcar routes (three, if you consider the clockwise and counter-clockwise variants of its loop line) moving through its downtown. Unlike the LRT, these routes operate in mixed traffic, with stops closer together. The equipment may be modern, but the set-up is a throwback to the traditional streetcars of old.

And yet the streetcars moved, and were well-used. The key is that the tracks and the roadway have been designed to work together, rather than against each other. If cars want to turn right or left at intersections, they do so in dedicated lanes which don’t impede the streetcars’ progress. The streetcar also hugs the curb lane, with stops comprising of bump-outs from the sidewalk (a practise taken up during the rebuilding of Roncesvalles Avenue in Toronto.

The streetcars don’t move nearly as fast as the LRTs do (these operate at subway speeds), but they do move with the flow of traffic, and get people where they want to go. Also, with their links to the wider LRT network, and to key destinations within the downtown core that the LRTs do not reach, they provide a useful service for riders. This is how new streetcar routes should be made, and it’s even a suggestion for how Toronto could adapt some of its streetcar operations (such as they have already done on Roncesvalles Avenue).

Portland’s LRT was fast and efficient, getting me from the downtown to various suburban neighbourhoods quickly (and for a $5 day pass). Denver’s LRT emulates Portland quite well, but surpasses it in some ways. I could have used more maps, and better “next train arrival” displays, but those are minor complaints. Portland is, by now, a venerable system.

I also checked out an aerial tram, made pilgrimages to Powell’s Books and Voodoo Donuts, and checked out an interesting suburban commuter rail operation. You can see photos of my exploration here. 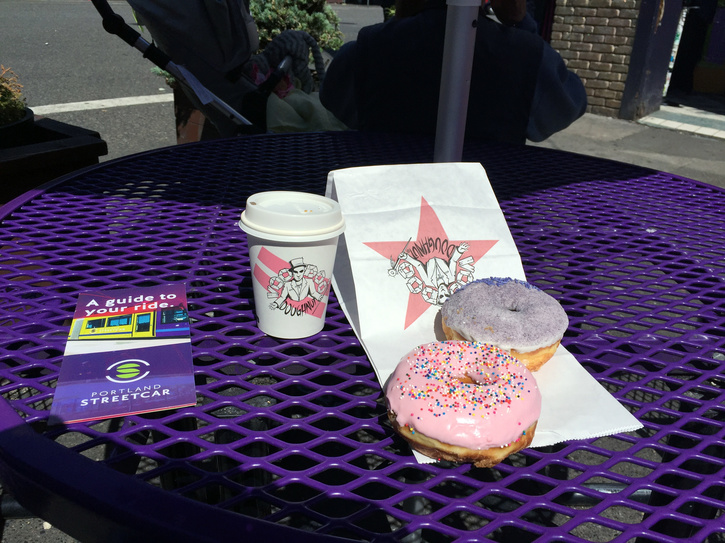