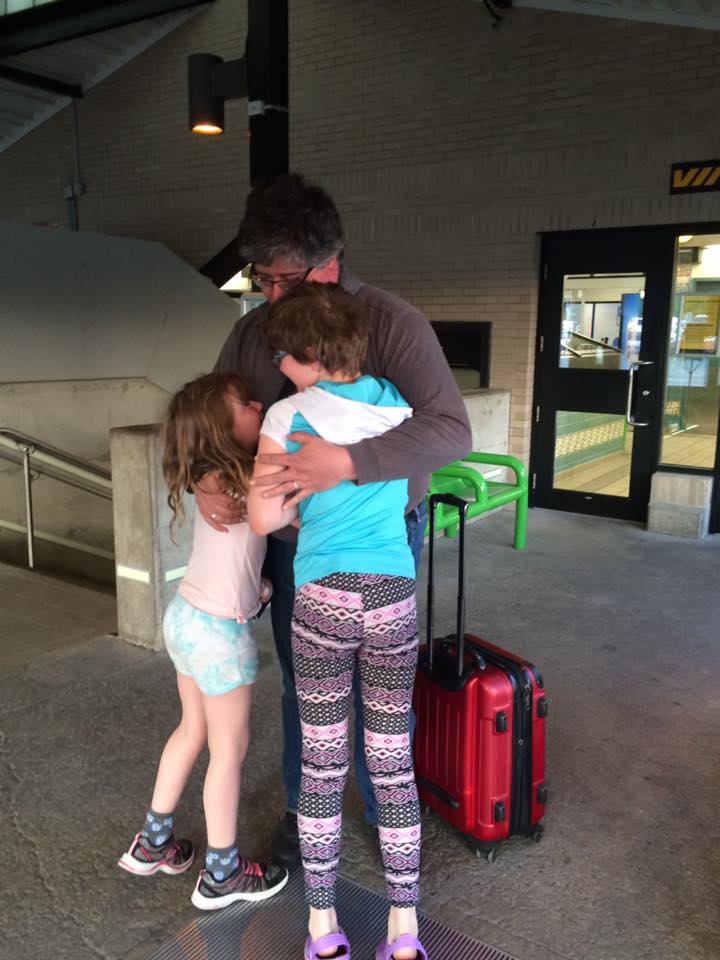 As I was leaving Portland, I decided to make one more change to my itinerary. Instead of sleeping in coach on the Capitol Limited to Pittsburgh, I’d take a roomette instead and ride the Lake Shore Limited to Buffalo, taking the Maple Leaf home from there to Aldershot. Pittsburgh could be saved for another day, and I could see Buffalo, which I was originally going to visit at the start of this trip, but decided against in order to give me a second day in Denver. This also allowed me to arrive at Aldershot early in the evening rather than Toronto Island Airport late in the evening. This way, Erin, Vivian and Nora could pick me up at the station, and a transcontinental trip like this really feels more complete if it ends on a train rather than at some airport.

The switch gave me a six-hour layover at Chicago between the arrival of the Empire Builder and the departure of the Lake Shore Limited, so I hopped aboard the elevated, and took it to the end of the Brown Line.

I’ve now ridden most of Chicago’s elevated subway network. By riding the Brown line, I now have only the run from Rosemount to O’Hare and Clinton to Forest Park on the Blue line to do, the two outermost stops on the Pink line, and the Red line south of 95th street. It really is a robust and charming system, serving the needs of the city’s residents, but being old enough to have plenty of interesting quirks. One thing that gets me is that a fair chunk of the Brown Line operates at grade, crossing city streets within a space typically allotted for an alleyway, using railroad crossing gates to get past busy streets. And somehow station stops are slipped in between the tracks at key points.

The idea of such a system flying in Toronto is almost comical. It would put paid to the “Subways! Subways! Subways!” mantra very quickly. However, it gets the job done. The neighbourhoods the Brown line serves are vibrant and diverse, and the train runs at intervals of 12 minutes or better seven days a week. The service was crowded even on a Sunday.

After my quick trip out, I returned to Union Station and boarded the Lake Shore Limited for my final stop, Buffalo.

I’d passed through Buffalo many times, but I’d never really stopped (except once to visit student housing near the University). I was aware that it had a single LRT line (the oldest of the six systems I tried), and I was aware that its downtown was ailing. I wasn’t aware how bad things were, though.

Buffalo’s LRT is sometimes brought up as a counter-example to proponents of installing such systems in their cities; certainly the system was peddled as “evidence” against Kitchener-Waterloo’s LRT, and it’s easy to see why. The line travels along a transit mall along the downtown’s Main Street before descending into a deep tunnel for a run into the suburbs for the university. Ridership is… light. The equipment is clearly aging, the stations smell, and the whole system feels like it’s behind the times.

Indeed, when I got to University Station, I went to the ticket machines and was startled to see that they only took cash, and I was fresh out of cash. There was an ATM nearby, but I’d just discovered that my debit card’s magnetic strip had degraded to the point of being unreadable, so it was credit cards or nothing. Fortunately, I was able to draw a small amount of cash on my credit card to get a day pass, but it was a definite nuisance, especially after the easy experience I had everywhere else (even Chicago has upgraded to a slick card-reader system which takes payments from credit cards).

Buffalo’s LRT was built with considerable fanfare in the 1980s as a prominent tool for rehabilitating Buffalo’s ailing downtown core. Unfortunately, Buffalo’s downtown core failed to be rehabilitated, and the LRT took a fair chunk of the blame for it, albeit unfairly so. A lack of cash from Buffalo and Albany killed potential extensions which would have made the line more useful. The city is currently embarking on a program of restoring car traffic on its Main Street transit mall, but I suspect it’s just rearranging the deck chairs on the Titanic. Those areas where car traffic was restored were still not well used, even on a regular Monday.

The problem is the entire Niagara Frontier region is ailing, much as Detroit is — the only real difference is that Detroit’s problems are much more public. It takes a lot of effort to rehabilitate a downtown at the best of times, but it’s almost impossible if the region as a whole is economically depressed, and people are leaving. Even so, I suspect that civic leaders tried building the LRT as a desperation measure, hoping that it alone could reverse the trend.

This contrasts with the work Denver, Sacramento and Portland have done, and are still doing, to build up their downtown cores. Denver is spending billions on new LRT lines (plural being the important feature, here) and centring a major redevelopment effort around a major transportation hub (Union Station). Even Sacramento knows that it will take a network of lines, as well as massive investment in the area around Union Station, to build its downtown core. The only thing that Buffalo has really copied from the other cities is Minneapolis’ attempt to concentrate all its major sports venues downtown. This is fine and good when games are being played, but makes for a ghost town in the off-season. Buffalo may not have had the resources to really rebuild its downtown core, but they also didn’t apply those resources very well.

Another example of this is the lack of any Union Station anywhere in downtown Buffalo. Amtrak boards passengers at Exchange Street station (see the picture below), which is a two-storey building surrounded by freeway columns. After the grandeur of Portland, Denver and St. Paul’s Union Stations, this was a come-down. Downtown Buffalo has no entrance other than a highway off-ramp. The contrast cannot be more stark.

My somewhat dour mood wasn’t helped when, after going through the whole trip on board trains that were either departing on-time or arriving early, I found myself waiting for the Maple Leaf after a two hour delay. This isn’t the first time I’ve experienced lengthy delays along this corridor. Amtrak has done great things for its many trains throughout the country, but it appears as though there’s a problem hotspot somewhere in New York.

Still, we moved quickly through the border, and were only an hour late departing Niagara Falls. The scenery was beautiful, especially around Dundas, but I was looking forward to Aldershot, where I knew people were waiting for me.

I am very grateful for Erin, Vivian, Nora, Rosemarie and Michael for encouraging me to take this adventure. I saw a lot and I enjoyed myself immensely. I would happily do it again — in maybe a few years time. Eleven days is a long time to be moving from town to town, living out of a suitcase. If you take this trip, you’ll love the California Zephyr, the Coast Starlight and the Empire Builder. The scenery on all these trains is spectacular, and the schedules allow you to see it. I would advise to find a place to stop and explore every two days or so. My visits to Denver, Sacramento, Portland, Seattle, Minneapolis, Chicago and even Buffalo helped me get my daily steps up, and kept me refreshed for the trip ahead.

The Flickr album of my second Chicago adventure can be found here.

The Flickr album of Buffalo and my journey home can be found here. 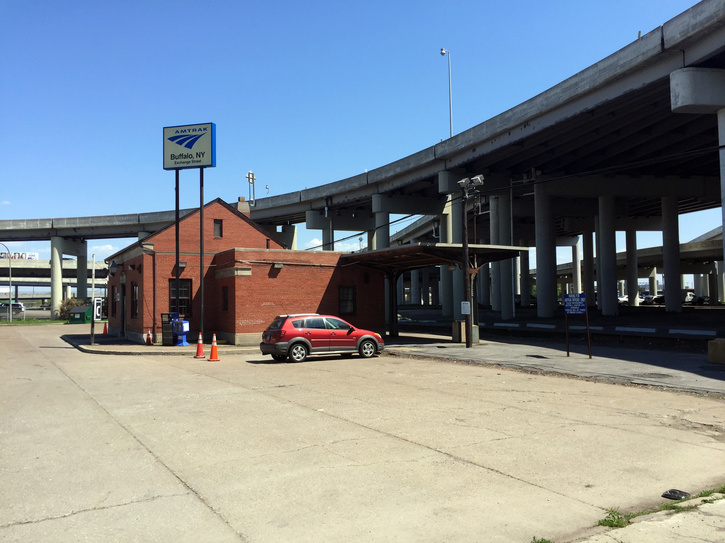