The Year of Worry and Wonder 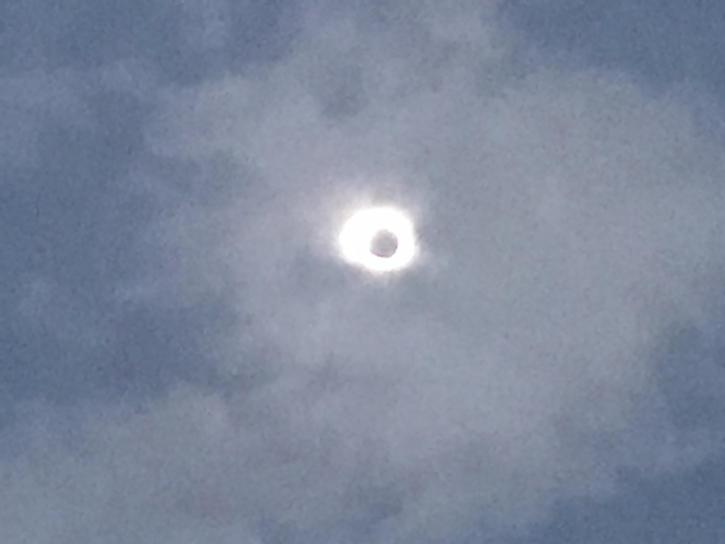 For the last column of 2017, it's traditional to look back on the year and pass judgment. Was it a good year? Or was it, as the Queen once said, an Annus Horribilis?

It is coming up to a year when my mother passed away after a brief battle with pancreatic cancer. Though her passing technically happened in 2017, I still think of it as a 2016 event.

It was an illness that capped off a year that ended really badly for many people. It seems trite to compare my mother's passing to the election of Donald Trump as president of the United States, but I know she was horrified.

And before the shocking election occurred, people were reacting to 2016 in horror at all the beloved celebrities who had passed away, from David Bowie to Leonard Cohen.

Many of us came out of 2016 shocked, horrified and numb. At the time, I said that winter was coming, and it would be a long one. However, though winter came, the world did not end.

I confess to jealousy about that. When I learned of my mother's diagnosis, I was about to attend a friend's party. Of course, I didn't go. And though it's not rational for me to say so, seeing photographs of this party later on upset me. How could the world carry on in the face of what I'd felt?

But it does carry on, whether we like it or not. It is what we do, personally and politically, and as we do it, we eventually rekindle the flames of hope.

In 2017, the attendance at Trump's inauguration was dwarfed by the number of people who came out in support of the Women's March. The neo-Nazi rally in Charlottesville this past summer was met with outrage throughout the world, and people mobilizing against hate.

Throughout the United States, more than 30 state, local and federal districts have flipped from Republican to Democrat, many in areas that had voted heavily for Trump. Alabama, one of the reddest of the red states, has elected a Democratic senator for the first time in 25 years. Decent people who previously stayed quiet are learning the value of speaking out and others are working to give them safe spaces to do so.

Closer to home, when a small group of people raised spurious objections to a proposed Islamic prayer centre, dozens of people came out to the Waterloo council meeting to speak in support of the Islamic applicants.

Throughout our community, activists work on issues of accessibility, tolerance and safety. Homophobes and racists may have been emboldened by the election of Trump, doing things like spray-painting LGBTQ+ friendly churches, but decent people have shown their support for these churches, and the true message of Christ that they teach.

For much of this year, I've been picking up the pieces of what 2016 broke. I've been busy helping others cope, and I've been lucky to have friends and family to help me cope as well.

This year has been about mourning, but it has also been about wonder. This August, we went to Nashville to see the total eclipse of the sun. It was a profound experience for myself and my children, and I'm looking forward to seeing the next eclipse in 2024.

And I'm looking forward to 2018 as well, because we carried on through 2017. The world has thrown a lot at us, but we're still here. We're here for others, and others are here for us. Because of that, I believe that spring will come.

I stand by what I said above. It's been a hard year, but we've been planting seeds for the next. Vivian is loving her new school. Nora left the French Immersion stream to focus more on English Math and is smoking her classmates in math games and is overcoming problems that don't show up until the grade eight curriculum. I started writing The Sun Runners again, and I've written and submitted ten non-fiction books for kids. Erin finished her big writing project, and is pursuing others. We have a lot of work still to do, but hopefully those seeds we've planted will bear fruit in the coming months.