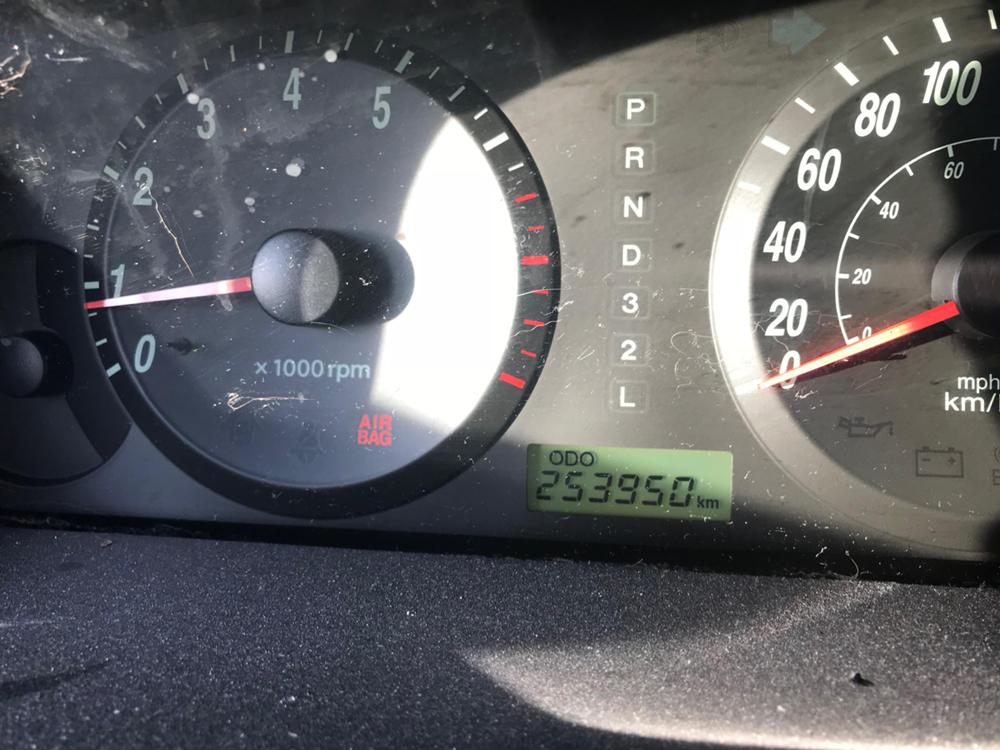 Twelve years and two months ago, we purchased Lance the Elantra. As I said at the time:

"Erin and I have bought a car, a nice used Hyundai Elantra with good fuel economy. This will allow me to bring Vivian up to work so that she and Erin can do lunch. And much as I enjoy taking transit here in Kitchener-Waterloo (and still intend to), I am reminded yet again of how much this city is designed for the car. I have no objection to people buying cars as a luxury, but when an automobile ceases to be a luxury and becomes a necessity, something's wrong with the neighbourhood. We can function without a car here in Waterloo Region, but the area still has some ways to go before it's really transit and pedestrian friendly."

A fair amount has changed in the twelve years since. Transit in Waterloo Region has improved. Transit connections between Kitchener and Toronto have improved. Erin now works from home, as do I. Most of our driving has been in town, ferrying the kids to school and handling heavy shopping duties.

But we still clocked a lot of miles on Lance the Elantra (yes, we named him, just like we named Freddy, the faithful Ford). Twelve years, and with the odometer showing 253,950 kilometres, we drove Lance to the Kitchener Hyundai dealership where it was originally sold, and traded it in for scrap value.

There were some trumped up tears. Yes, we knew that Lance was on its last legs (check out the video and listen to that baby purr!), but Lance was a significant part of our lives. We drove her thousands of miles across a fair chunk of North America. She's been to Nebraska several times. She's been to Washington, DC. Just sorting through the detritus at the bottom of the car brings back memories.

But the tears were trumped up, because waiting for us at the Hyundai dealership was Ida, the 2018 Ioniq.

Our situation has changed. We are working from home and trying to walk more. I take transit whenever I go into Toronto, since driving into that city is insane. Most of the driving we do is in town, and we probably do less than 50 kilometres per day, on average. And we've been watching how well electric cars have been improving these past few years. The charging stations are multiplying, as is the range. The 2017 Nissan Leaf had a range of 80 kilometres (correction: 80 MILES, or roughly 130 kilometers). The 2018 model had a range of 240 kilometers.

We have been taking some concrete steps to reduce the carbon footprint of our home. We've leased our roof to a solar power company. We top up our electricity purchase with Bullfrog Power, providing support to wind and solar power providers. And now, with Ida the Ioniq driving past gas stations everywhere and charing overnight at home, the only thing in the house that is directly reliant on carbon-based energy is our hot water heater.

This will require some adjustments. If we have to travel beyond London or Burlington, we will probably have to rent a car. I am busy learning the etiquette of electric vehicle ownership. But I am looking forward to spending less money on car fuel. And I'm looking forward to experiencing how much car technology has changed in the past twelve years. A rear-view camera is now standard. Push button start-ups are cool. And the car is silent like a ninja!

So here's to new memories, and new trips. It will be interesting to see where electric cars are in 2023 when the lease expires. 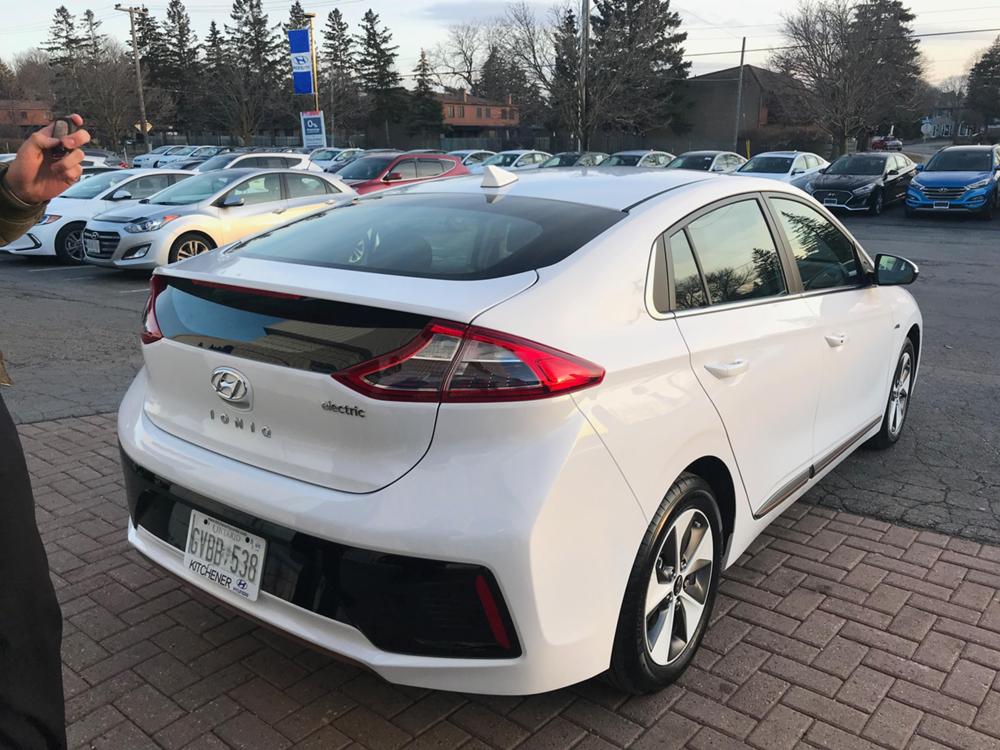