The Sun Runners: My Seventh Novel 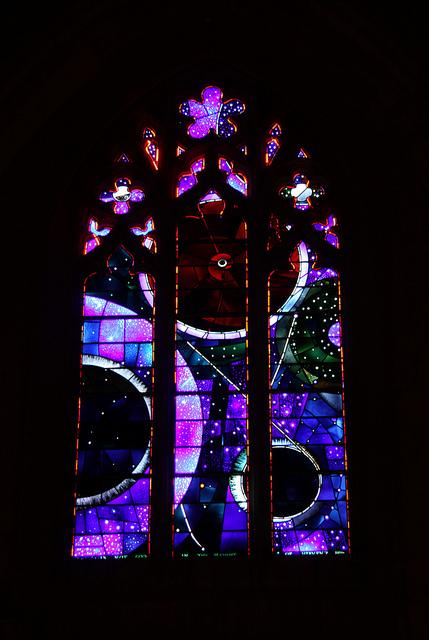 The image on the right is entitled Space Window and is by Tim Evanson. It is used in accordance with his Creative Commons license.

The blacksmiths' guild had been up and operating for a month, but Adelheid called for a ceremony to mark the occasion.

And at the ceremony, where the elected guild leaders, the advisory council and Adelheid's security detail met and Adelheid handed over the blacksmith guild's charter, she said to them, "Make me a crown."

Later that day, she watched as the top blacksmith twisted glowing iron, bending it around a guide so it made a graceful curve. Then, using tongs, he held the iron in the torch-flame again, before bringing it out and hammering it, each clang spraying sparks.

Adelheid watched him work, her hands clasped behind her, an orange sash over her blue uniform.

Finally, the blacksmith took the glowing iron lacework and dipped it into water, which gushed with steam.

Bringing it out, wet, still steaming, he placed it on a towel to cool.

Finally, Adelheid picked up the wrought-iron crown. She turned it over in her hands, inspecting every detail critically. The dark bar curved and wound around itself in a tiara shape, beautiful without jewels, and strong.

She nodded, and gripped it tight. "This will do. Let's go."

She placed the crown on her head and turned to face the future.

The Sun Runners represents my first completed first draft since the initial completion of Icarus Down just over eight years ago. Writing it down like that, it sounds like more of a drought than it is. In between those dates, I had to revise and rewrite Icarus Down, and then I did a complete set-aside-and-write-from-scratch draft of The Night Girl, effectively making it Night Girl 2.0. I've also had a number of non-fiction books to write, and promotions for Icarus Down.

But this has been a tough novel to write. My first inspiration came in late December 2014, while Erin was at the wheel during our regular winter drive to Des Moines and Omaha. I envisioned a world inspired by Kim Stanley Robinson's 2312, where Mercurian cities were kept on the dark side of the planet by riding on rails that expanded in the advancing heat of the sun. I changed that from towering cities to ten-kilometer-long trains, and I imagined young Frieda Koning, crown princess of one of these latitude towns, losing her arms as she rescues her city which has gotten stuck on errant rocks that are chewing up the wheels moving along the rails.

The rest of the story built in fits and starts. I imagined a silent Earth, that had collapsed due to environmental problems over a century beforehand, only to awake and speak to its colonies now. That century long silence got shorter and shorter until I realized that one of the hearts of the story was the intergenerational conflict, and Adelheid appeared. She was Frieda's grandmother, mentor and primary antagonist, and she demanded her own story set during the start of the silence.

From initial inspiration, it has taken me three-and-a-half years to put together a first draft. And, let me tell you: it's a mess. But at least it's a complete mess, if you know what I mean.

There are further subplots that need adding, and a lot of details to fix on my world-building. Motivations need smoothing out and justifying. And let me say that some of the science has me tearing out my hair (space is big, and even on a small planet like Mercury, distances are long, and we can't speed up how fast the sun rises). Howeer, there's a lot that I'm proud of here, and I look forward to polishing things in the coming months, especially once I hear what my beta readers have to say.