I Can See Clearly Now... 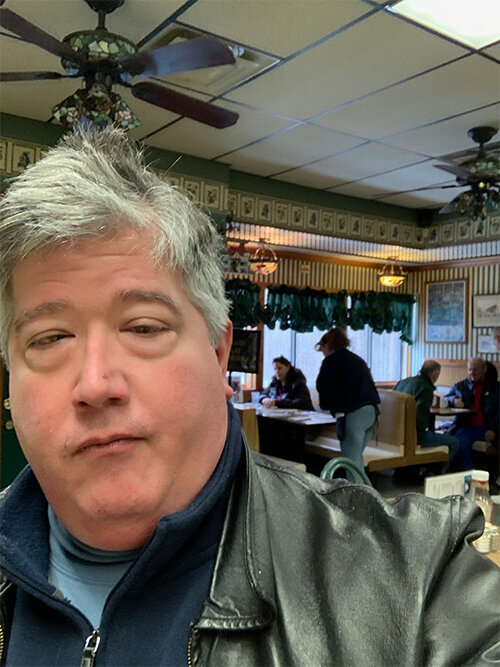 There are a few reasons why I don't consider 2020 to be the worst year ever. Yes, it has been an extremely challenging time with the pandemic and its associated lockdowns, but it has also been the year where 81 million Americans stood up to Donald Trump and his deplorables. Yes, we have no shortage of anti-mask idiots everywhere, and the root problems that created Trump and his ilk remain, but we were reminded that we also have the ability within us to stand up for what is right. The state of Georgia saw that in 2021.

We've also had some personal successes this year. For Erin and myself, our writing continues. 2020 was bookended with Erin's Governor General's Award for Stand on the Sky on one end (yes, I know, that was December 2019, but the glow carried into the new year) and a TD Canadian Children's Literature Award nomination for the same novel at the other.

Yes, there remains a lot of work to be done with the pandemic, and with dealing with the deplorables in our politics and society, but as we enter 2021, I feel we have a greater possibility of getting those things done, for the better of us all. I certainly wasn't feeling this back at the end of 2016.

2020 was also the year I had my cataract surgery -- thankfully before the COVID-19 epidemic took hold. Indeed, yesterday was the first anniversary of the first of the two surgeries. Early that morning, Erin took me into Cambridge Memorial Hospital, and I took my happy juice drugs and after going under (a very small) knife for just a few minutes, I was able to get to my feet and walk out of the hospital, seeing more clearly through my right eye than I'd ever done in literally years.

I have to say, suddenly realizing that I could read signs on the wall without the need for glasses was a startling moment. Even before the cataracts became obvious, I'd always relied on high-prescription glasses, and the cataracts themselves were turning my vision progressively more blurry and sepia-coloured. The world got so much brighter that day, it seemed like I went from a musty yellow hue to something tinged with blue.

When I learned that I needed cataract surgery back in 2018, and was told that it could fix my eyesight so much I might not need glasses, I was excited, but also a little wary. Glasses had been a part of me since before grade three, and they had become a big part of my self-image. After all, they're on the face that stares out at me whenever I look into a mirror.

As it turns out, I still do need glasses, but only for reading books or looking at my computer screen, or anything that requires me to focus on items up close. I don't need glasses when I'm driving. For a few weeks after the second surgery (my photo above was taken on February 15, 2020, as I passed through Niagara Falls, New York, on the way to Boston -- I am so looking forward to being able to travel again), and while I was able to see what was around me very clearly, I did have some trouble looking at the text on my computer screen. Fortunately, reading glasses helped.

My optometrist did prescribe for me a set of multifocal lenses that corrected my vision at the bottom to look at items up close and left things uncorrected for viewing things from a distance. He called them "grocery store glasses", which saves me from having to whip out a pair while shopping, just so I can look at the labels on the cans I buy. I do appreciate them, and I suspect that Erin and the kids do as well.

While I sometimes miss not being able to see things at the microscopic level by looking at things up close (no more threading needles for me), I do appreciate having the choice to wear or not wear my glasses, as the case might be. And given how bad my eyes were before the surgery, that's a miracle of science.

So, perhaps, being able to see more clearly helps me to see a clearer way forward out of 2020.