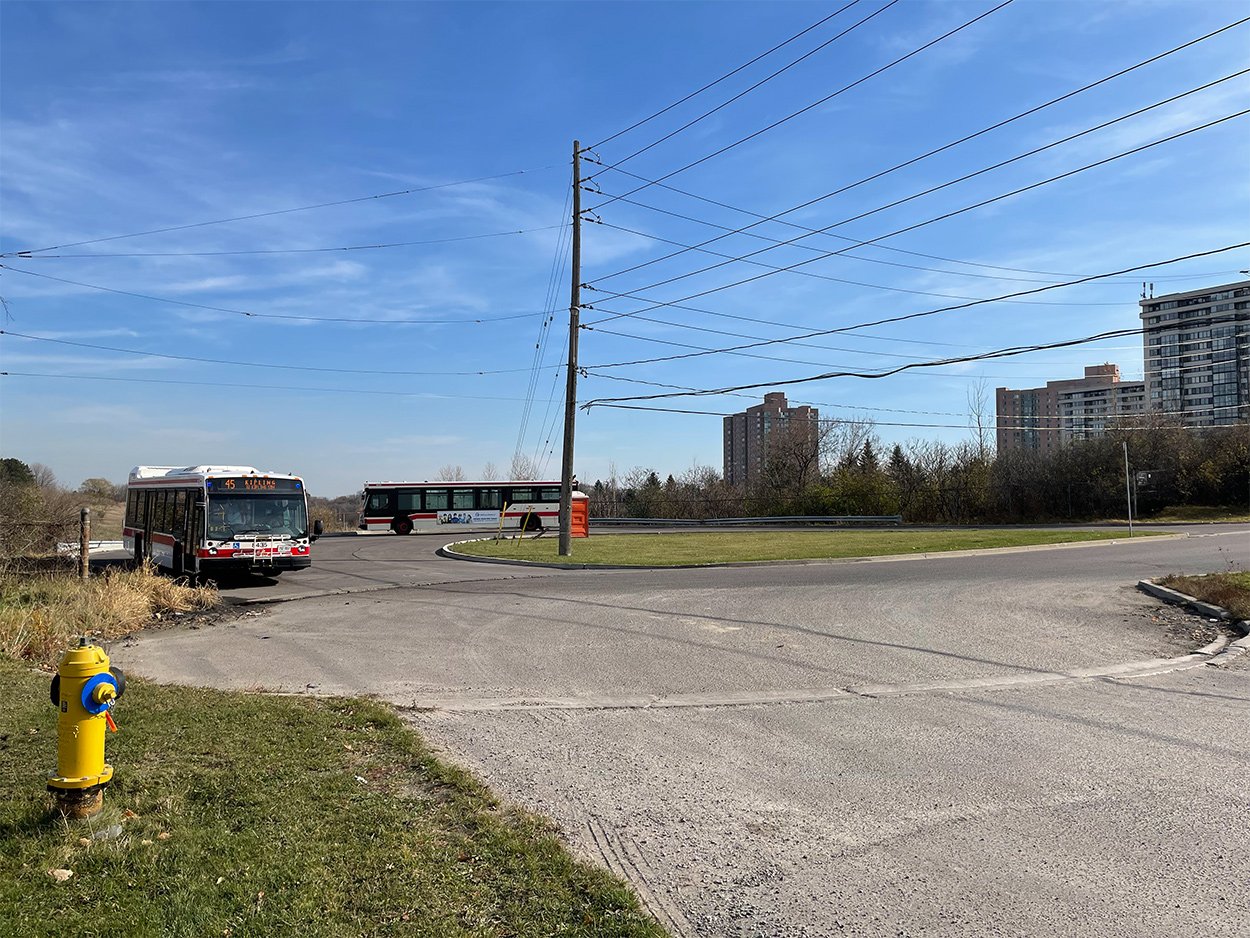 You may or may not be surprised to know that I was here when the news came across my phone that more votes had been counted, and Pennsylvania had been called for president-elect Joe Biden, finally putting paid to Donald Trump. This is the northern end of Kipling Avenue, a short stretch of road north of Steeles Avenue that the TTC uses to access a turning loop for its buses. I've been able to cope with the fact that I can't ride public transit anymore, until a COVID vaccine becomes available (fingers crossed!) by occasionally going into my old home town and photographing and videoing public transit vehicles from a socially responsible distance, while wearing a mask.

It felt good to know that Donald Trump had been defeated, and it was especially good to see the joyous reaction throughout Twitter and my Facebook feed. The sun was shining, I was doing something I loved, and nearly 75 million Americans stood up to defeat the nearly 70 million who decided they were okay with the last four years of racist cruelty and flagrant incompetence. A good day, at last.

While I was joyful, I was not overjoyed, perhaps because I had a cautious optimism throughout the week that most Americans were going to do the right thing, and that Trump, in the end a coward as well as a bully, would end with a whimper rather than a bang. Things could still happen to change that, but since the Four Seasons Total Landscaping incident, I'm more confident and optimistic that this will be the case.

This week, however, I've come to realize how much the election four years ago is tied up with more personal bad news that was delivered soon after. This Sunday will be the fourth anniversary of my mother's diagnosis of pancreatic cancer. She passed on January 7, 2017.

So many people have called 2020 a bad year, given the COVID-19 pandemic, that it seems quaint to remember when we thought 2016 was the worst year ever, with the death of celebrities like David Bowie and Leonard Cohen. But Trump's victory in the 2016 election topped all that. And the news of my mother's terminal cancer, for me, topped even that.

It's linked together because she was there when the news hit that Trump had won the presidency. It was a mental and spiritual blow, especially coupled with the news of all of the other incidents of rising nationalist politics throughout the world, from Bolisano to Brexit. The world did seem like it was catching on fire.

My mother passed before Trump actually became president, and while we could never have imagined how bad his presidency was going to be, we knew it would be bad. We knew the next four years were going to be tough.

At the end of Saturday's transit-fanning, I headed down to Harbourfront Centre, where I first heard the news about my mother four years ago. I wish she got to see this. 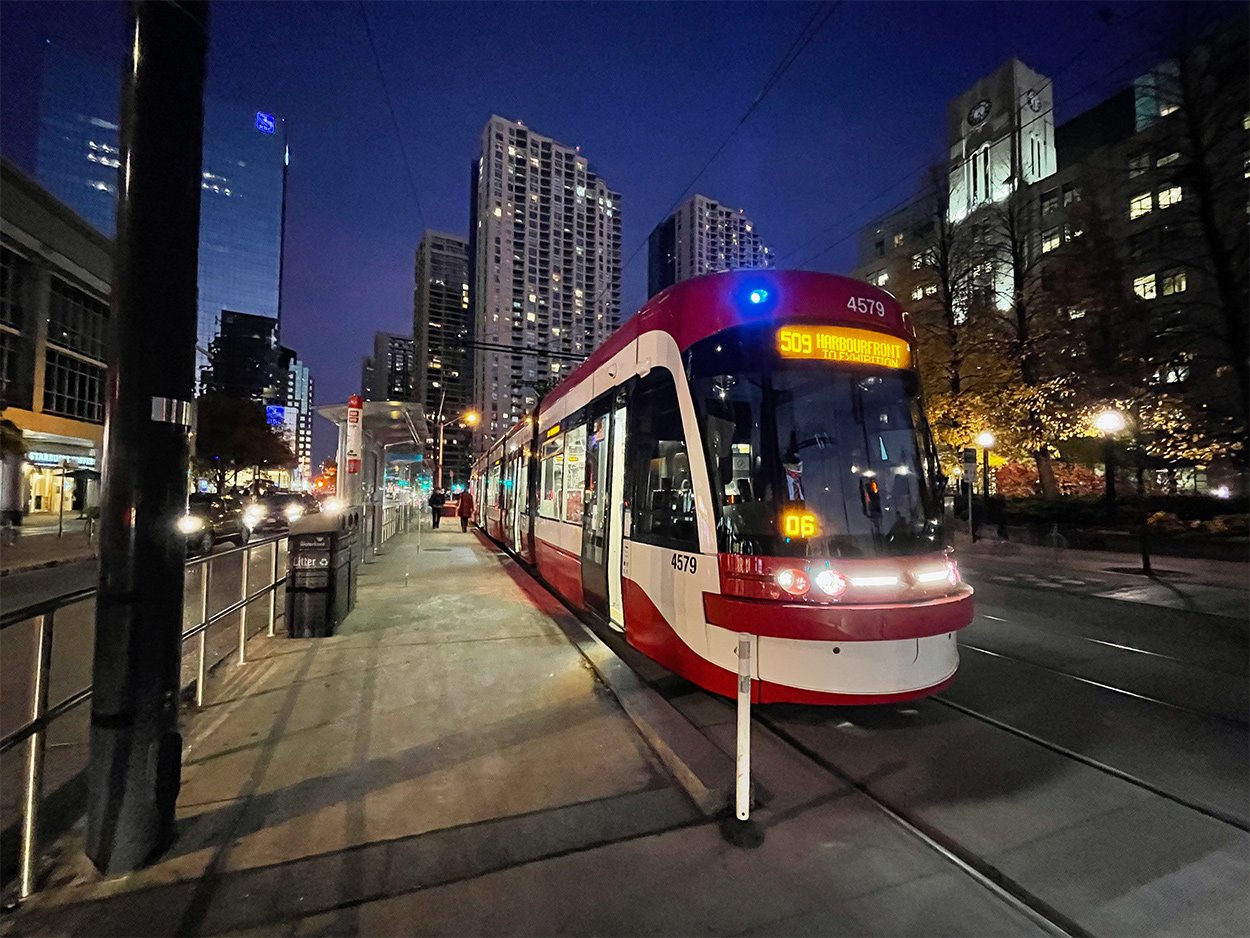 The Most Awkward Car Trip Across America

Another question I have about the U.S. Election...

I know Electoral College voters are real people. Back in the day, they were selected to travel across the country to Washington to cast their vote for the President and Vice President. I'm wondering if they still do that, or if, given the pandemic, they'll have to do it by Zoom Meeting.

But my main question has to do with those states (Maine and Nebraska) who divide up their Electoral College votes, awarding two for the winner of the state-wide vote, and one for each congressional district, depending on how each district voted. In Nebraska, Congressional District 2, covering most of Omaha, voted for Biden while the rest of the state went to Trump.

How do they travel to Washington? How awkward is the ride as four Nebraska Republicans and one Nebraska Democrat slip into an SUV and strike out along the I-80? Do the three Maine Democrats stick the Trump Republican in the back of the pick-up truck?

I'll have more serious things to say about the state of the United States and its election shortly. This, however, while slightly tongue in cheek, is still sort of serious.

In talking about America's strutural divide, we often hear references to "red states" and "blue states" based on whether they consistently vote Republican or Democrat. In the handful of states where the balance between the two parties is close to 50-50, we call these swing states "purple states", by mixing the red and the blue.

This amplifies the polarizing effect the American Electoral College has, where (with two exceptions: Maine and Nebraska) it awards votes for the president state by state, with 100% of those votes assigned to the candidate most voters in the state voted for.

Of course, Donald Trump didn't get 100% of the vote in each and every red state. Indeed, in Texas, often considered to be a deep red, nay crimson, state, Joe Biden made a serious challenge, held the lead through a fair chunk of election night, and came away with 48% of that state's votes. Texas is purple, albeit tinged somewhat red.

I wonder if, rather than refer to each state as "red", "blue", or "purple", we should adopt a scale of purpleness to indicate how much to the red and the blue tint each purple state lay?

I had to look at a colour wheel. States which are strictly 50-50 are thus purple, but those that lean 60-40 Democrat start to go indigo? And what about fuschia? Or mauve?

For an overwhelming majority of the country, at least 40% of voters picked Democratic candidates, and labelling these states as "red" is an act of erasure.

Apparently, when we went into this pandemic lockdown, some people thought that they could use the time at home to get creative. I don't know these people, and so I don't know what the hell they were thinking when they thought this. The blog here has languished as I spend my commentary energies on Facebook and Twitter -- that is, when I'm not doomscrolling.

Writing is getting done, however. I'm working on a short story that sits within the universe I'm creating with The Sun Runners and The Cloud Riders, and I continue to work on Transit Toronto. I have submitted grant applications with the Ontario Arts Council which, while they may be long shots, are still better than no shots at all.

I am slowly but steadily working through Richard Glaze's photo collection, and have scanned over 800 photographs, and placed 500 of them on the website. I've also been in touch with transit fans and historians in Ohio and at the Seashore Trolley Museum and shipped off over a thousand slides of American transit operations from the 1950s. The Cincinnati Transit Historical Association is already putting together a presentation on Glaze's material. I haven't been in touch with Richard directly, but his friends have told me that Richard is delighted that his collection is getting out there and being shared and enjoyed.

And recently, I've taken a crack at some of Richard's 16mm film collection. I've opened a box and inventoried about 14100 feet of film (in 141 100-foot reels -- these are four inches in diameter). Digitizing all of this is going to be prohibitively expensive, so I'm considering a Kickstarter to try and raise funds. In the meantime, I'm testing how well the digitization can be, finding a local place to scan a handful of reels in HD. We'll do another test of some other reels to see what they look like in 4K.

The film reels are silent, of course, but they are all of transit operations from the late 1960s into the late 1970s, so I gathered what I could, applied some music from YouTube's Audio Library, and the above is the first of Richard Glaze's movies brought to life. I hope you like it. I certainly enjoyed putting it together.

Phone Conversation During the Pandemic 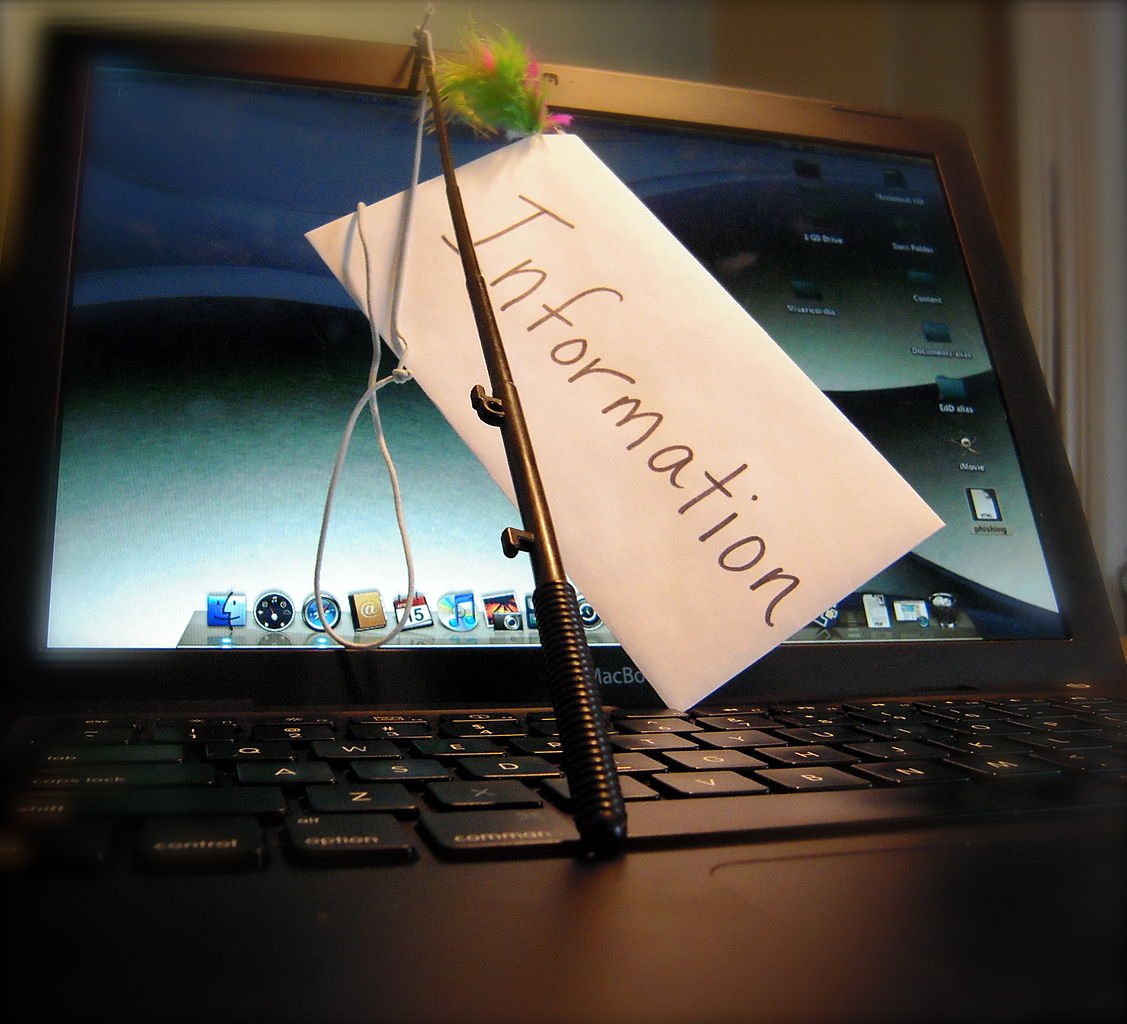 Phone rings. I pick it up.

(Long pause, then) Caller: "Hello. Can I speak to the computer user of this house?"

Me (knowing full well where this is going): "Suuuuuure."

(Pause) Caller: "Hello. I am calling from Microsoft and I am sorry to say that we have detected an error on your computer."

Me (thinking, "I wonder how long I can string this along, like those other guys in those videos I've seen. They keep thes guys tied up for hours!"): Oh?

(Pause) Caller: "We have been trying to install updates on your computer to fix this problem, and have sent you alerts for two weeks with no response. Have you not received these alerts, sir? If you could just go to your computer, sir and--"

Me (thinking, "Nah, I don't have the improvisational skills to pull it off"): "Well, one reason you may be having trouble there is because I have a Mac."

Me (checks watch): Well, I kept that guy nattering on unproductively for two minutes. I guess that's a start. (hangs up)

(The image above is by Stomchak and is used in accordance with its Creative Commons Copyright).